Cook was a year in the arctic and claimed to have reached the North Pole a year before Peary. Peary was long said to have discovered the Pole but in 1988, re-examinations of Peary's record showed Peary's evidence never proved his claim. Cook's evidence was put into limbo but was later reconfirmed by other explorers.

Peary was an imperialistic explorer, heading out on his quest only for the fame at any cost. He cared for his local workers only to the extent that it was useful to him. While, Cook born in 1865, was a man who took keen interest in the indigenous peoples even learning their dialects and adopting their diet. Cook was a doctor who abandon his practice when his wife and baby died in childbirth. He wanted to escape for his mental health.

Earlier Peary had hired Cook as medical personnel to Greenland. After that trip Cook decided to leave Peary because he made him sign a contract, he wouldn't publish anything about the journey. Cook wanted to publish the results of an ethnological study of Arctic natives, but Peary said no.

Then in 1901, when Peary was lost, his family ask Cook to go find him. Cook found him, treated him for all his medical ailments and brought him back home. Cook then traveled to the Antarctic to scale Alaska's Mount McKinley. Peary kept trying to get to the pole, but it is difficult. Unlike the South Pole, which is a landmass, the North Pole is drifting sea ice.

So, whoever was the first to the North Pole we can not be sure, but we are sure it was America. Therefore, the postcards most often either state neither or Peary. This group of postcards, series 162, sub#2564, has Uncle Sam being the conqueror or an unidentified man. The artist Bernard Wall was not going to take sides. Whichever the case, it was a great time in history. 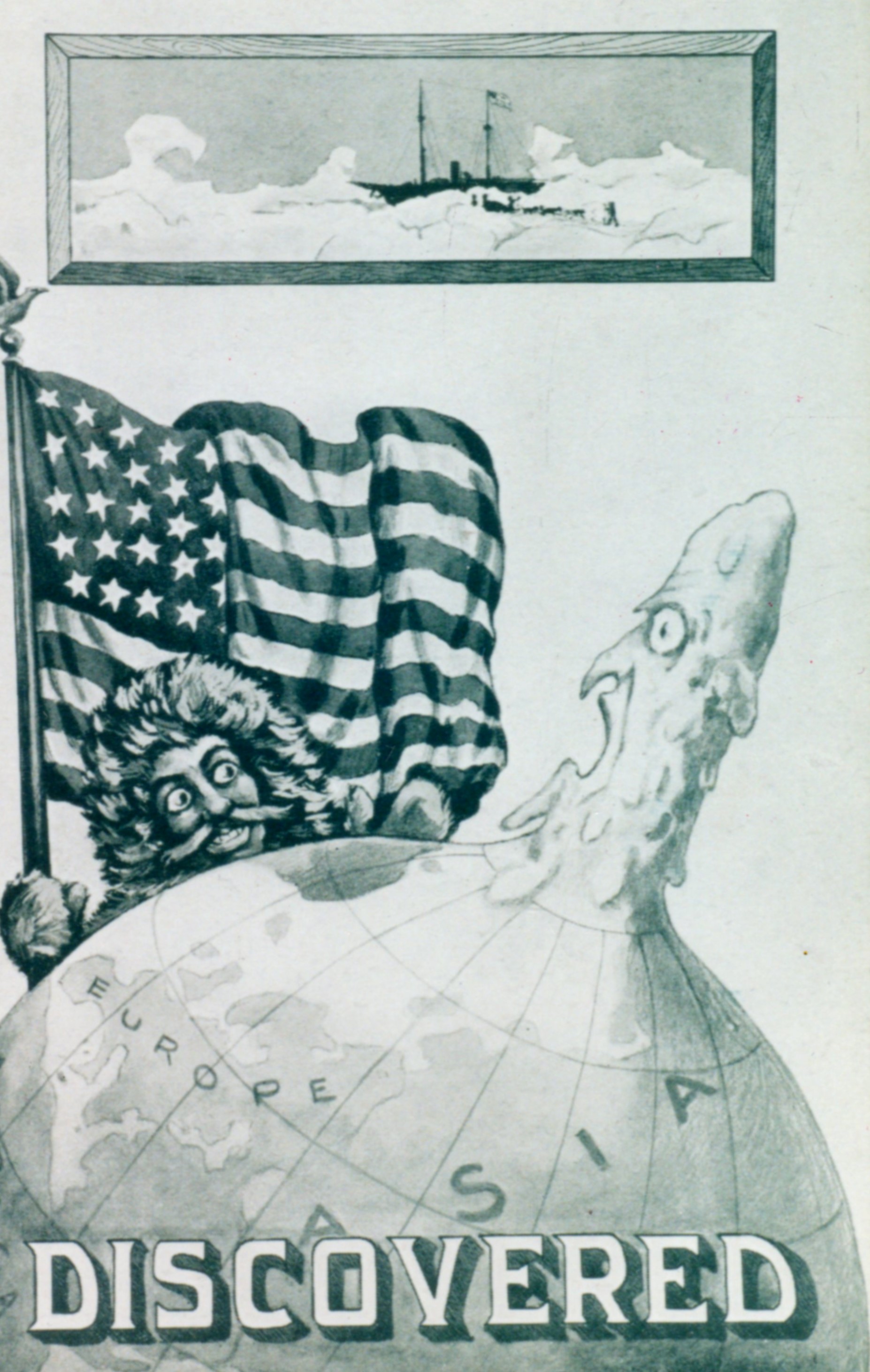 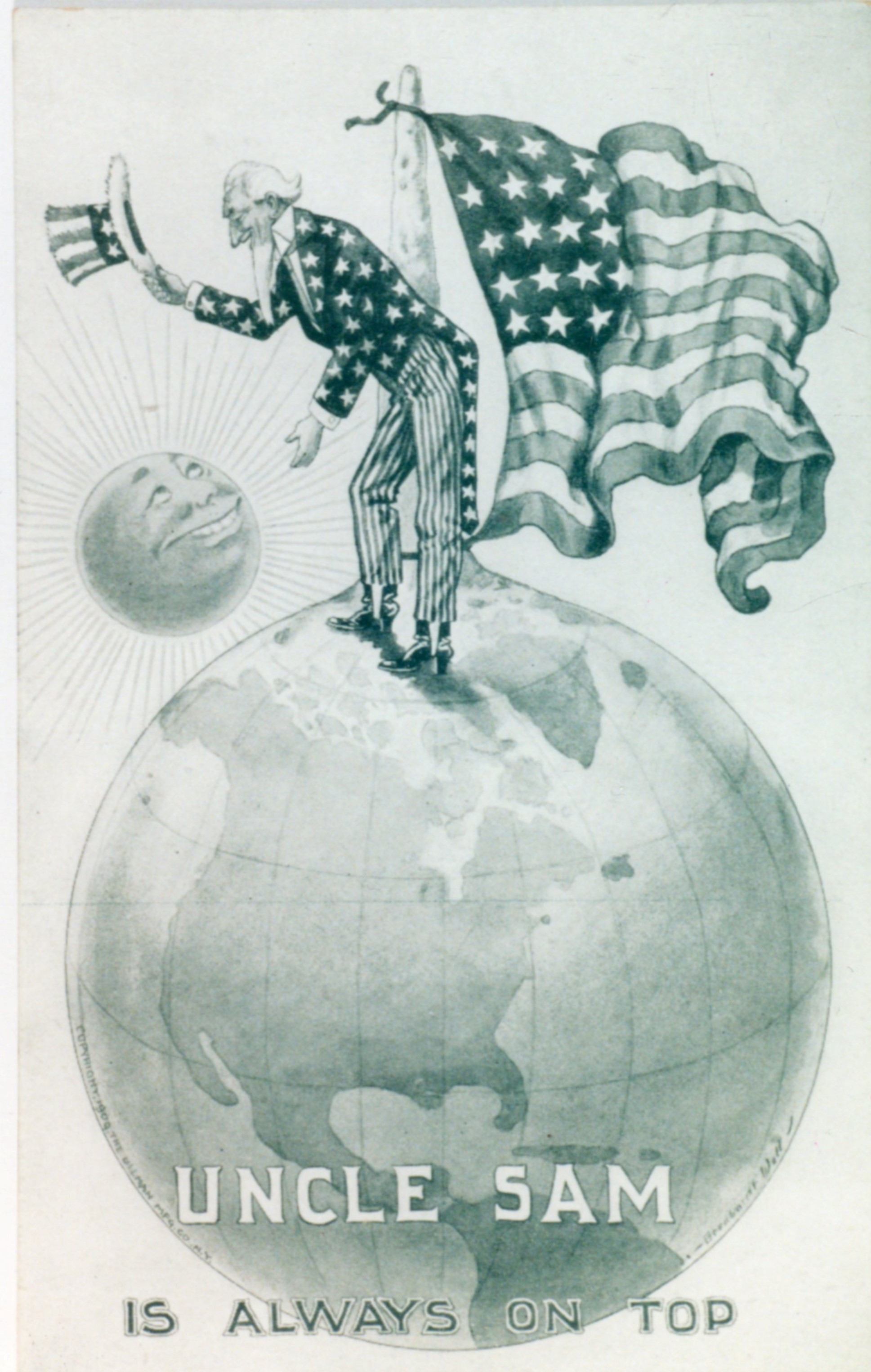 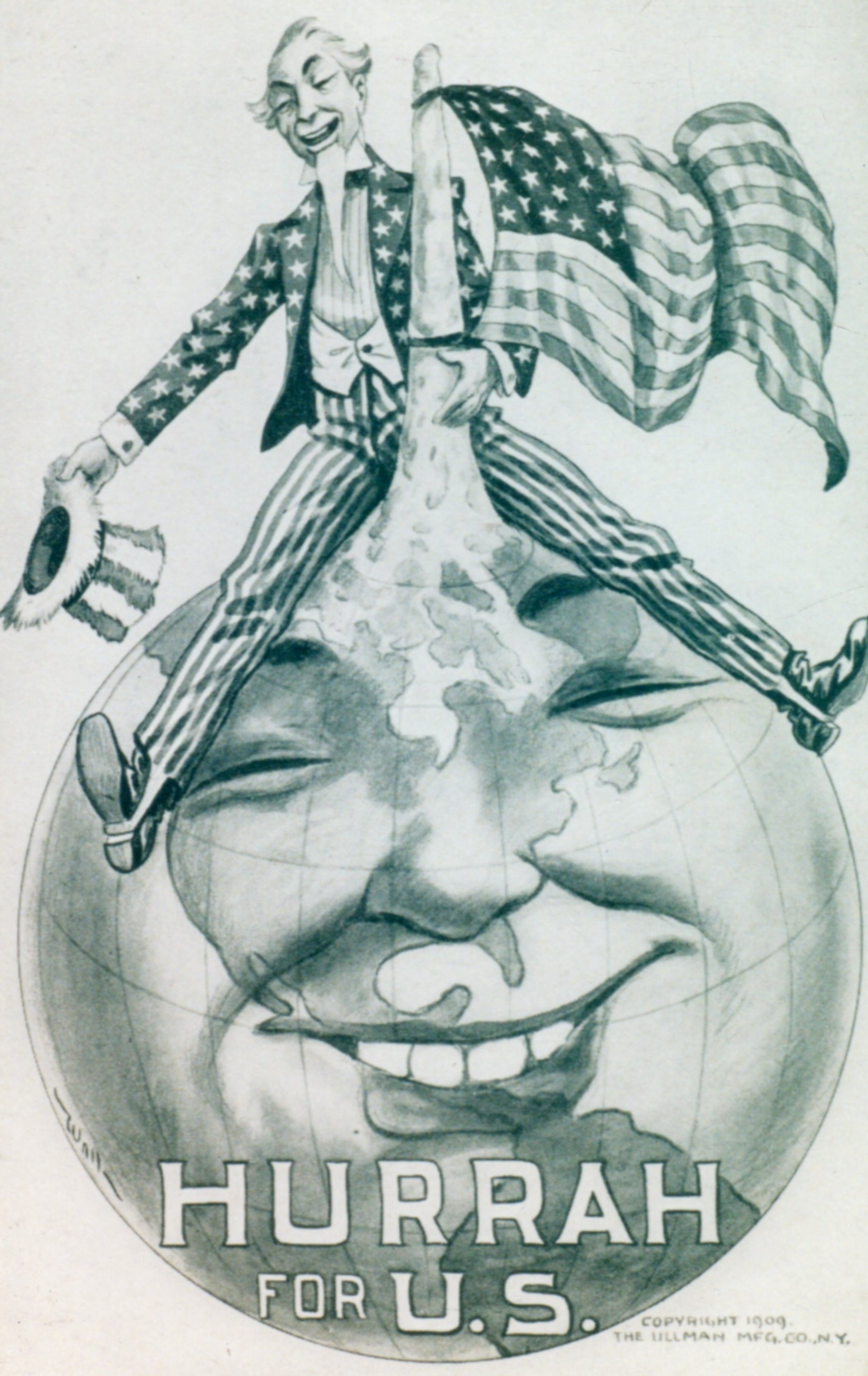 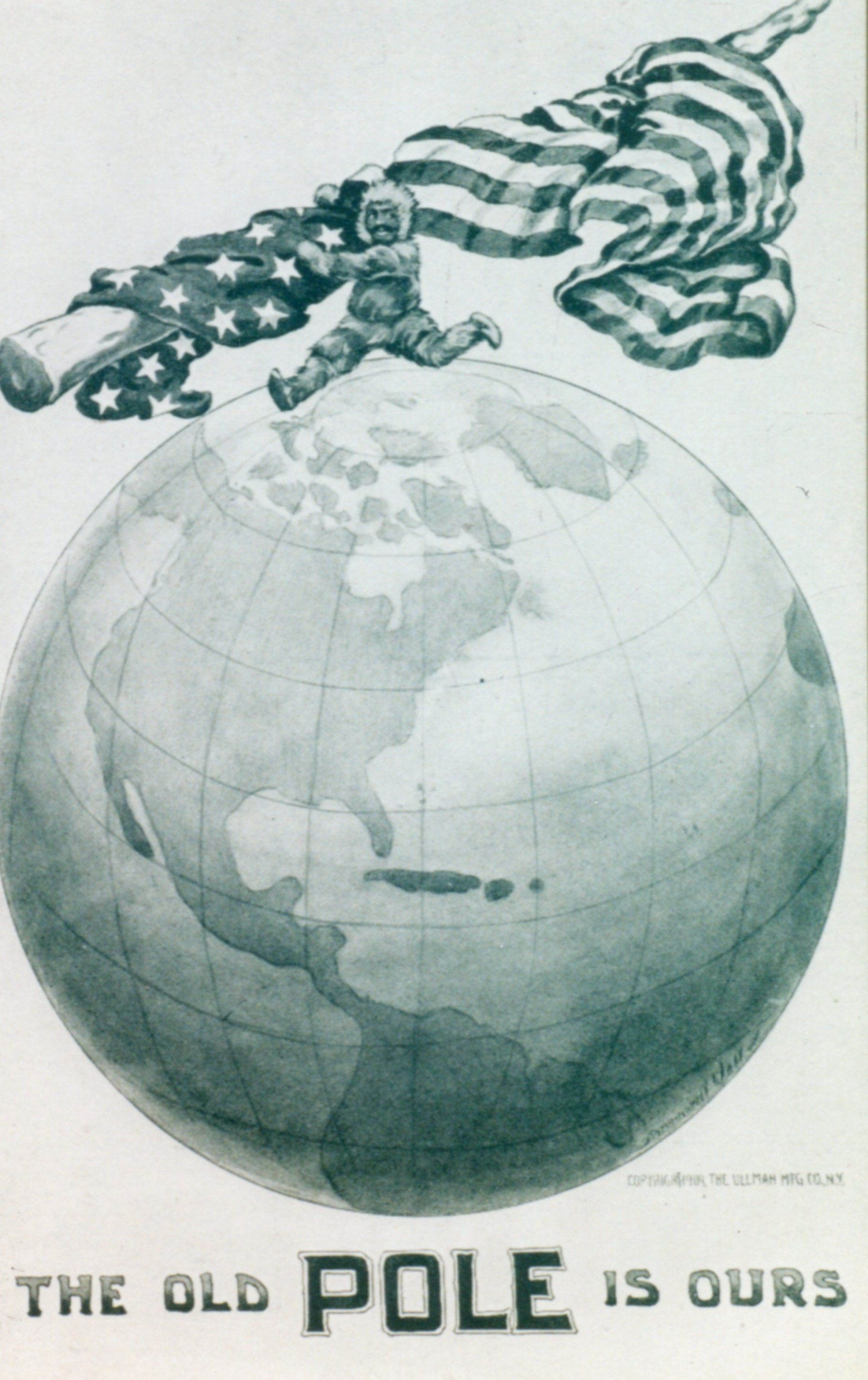