Boy Scouts of America is the biggest scouting and youth group in America with over two and a half million boys and one million adult volunteers. The organization was founded in 1910 and became a founding member of the World Organization in 1922. During the postcard era this progressive movement was to help socialize and connect farm families moving to the cities. At that time, many adults were afraid boys were no longer learning patriotism and individualism. The YMCA was an early organization to promote social welfare and other programs dealing with both mental and physical development.

In 1907, Robert Baden-Powell founded scouting in United Kingdom. When W D Boyce was visiting London in 1909, he was help by an unknown Boy Scout who would not accept any payment. The scout said he was doing his daily good turn. After Boyce returned, he incorporated the Boy Scouts of America on Feb 8, 1910. He turned the program over to the YMCA for development in April.

Theodore Roosevelt, who had long complained about the decline of youth, became an ardent supporter as well as many prominent leaders of the day. In January of 1911, the movement was taken over by James E West as the first Chief Scout Executive and scouting expanded. The current mission statement of the Boy Scouts of America is to prepare young people to make ethical and moral choices over their lifetimes by instilling in them the values of the Scout Oath and Law.

This set of postcards is the only set authorized by the National Council of the Boy Scouts of America. They were published by Henry Heininger Company of New York. There are twelve cards explaining the ideal of the Scout is Thrifty, Trustworthy, Loyal, Helpful, Friendly, Courteous, Kind, Obedient, Cheerful, Brave, Clean and Reverent. Each card in the set holds a Boy Scout of America copyright on the front and is numbered one to twelve.

There are other scouting postcard from overseas and real photo cards of individual scouts and Jamborees. However, this is the most highly praised. 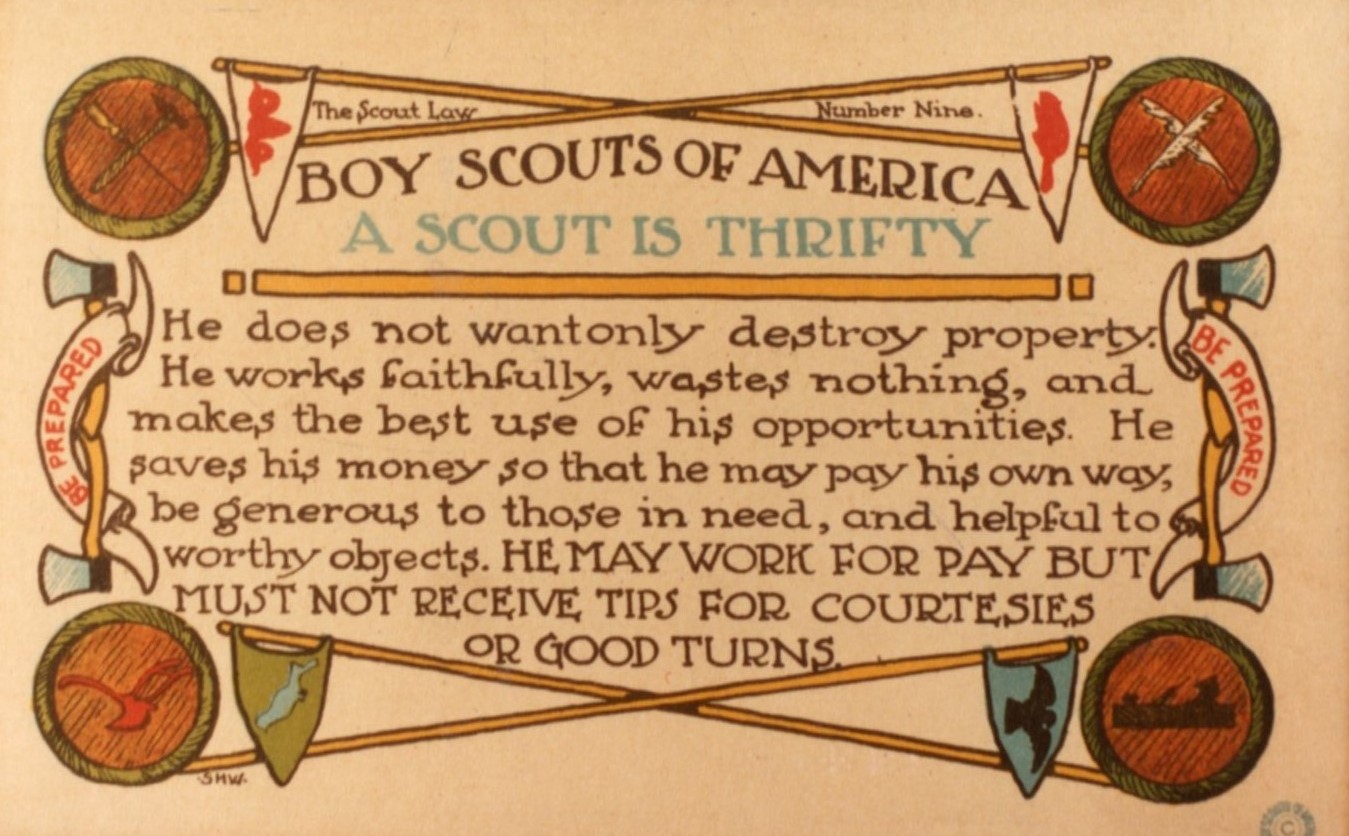 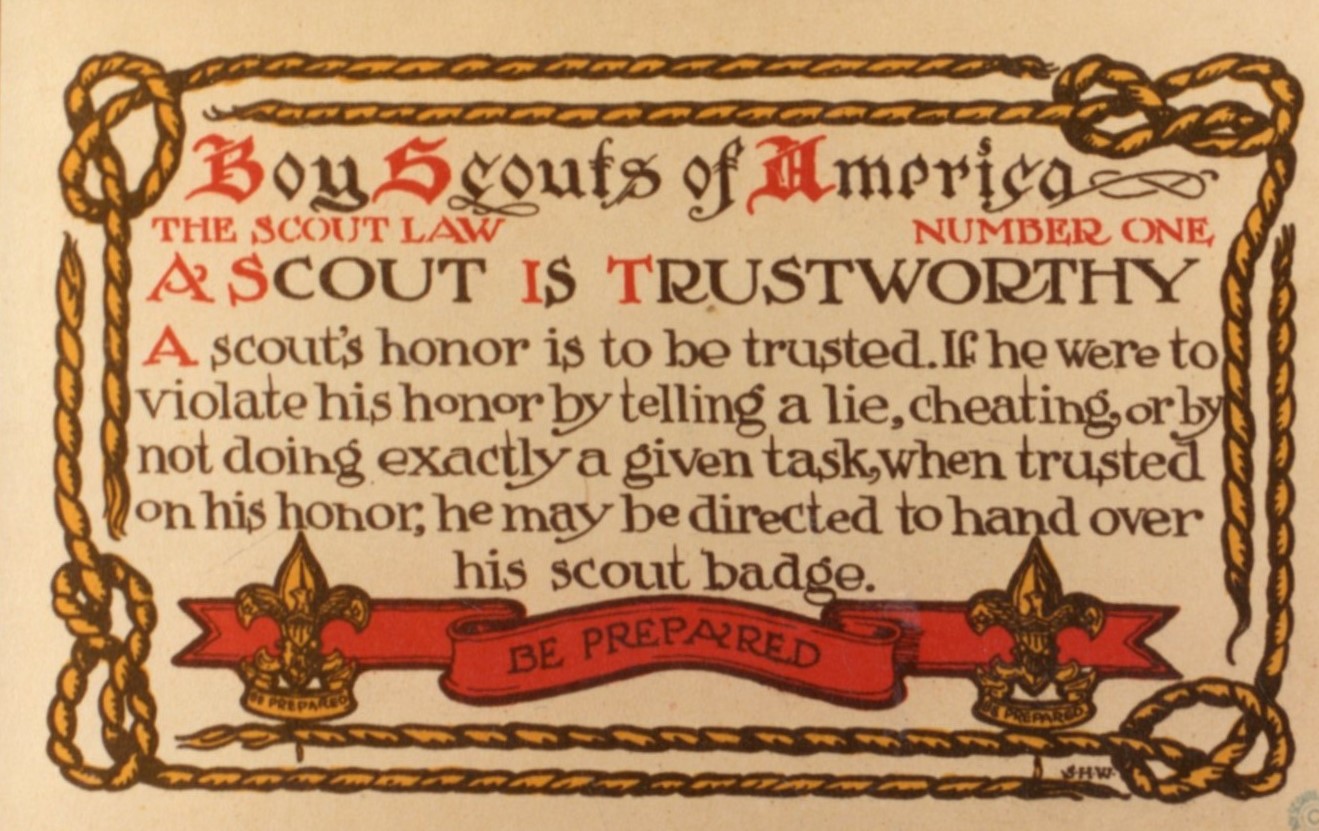 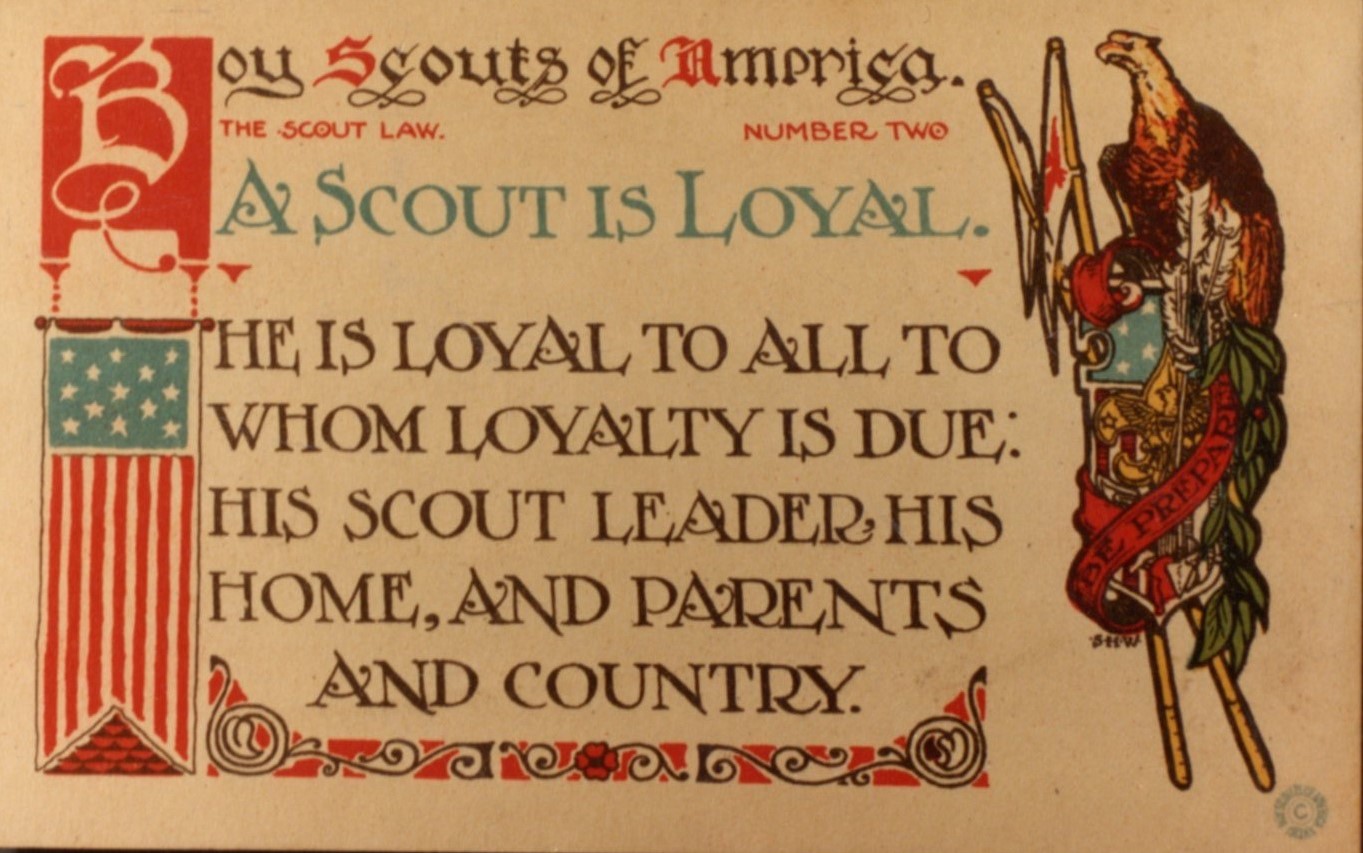 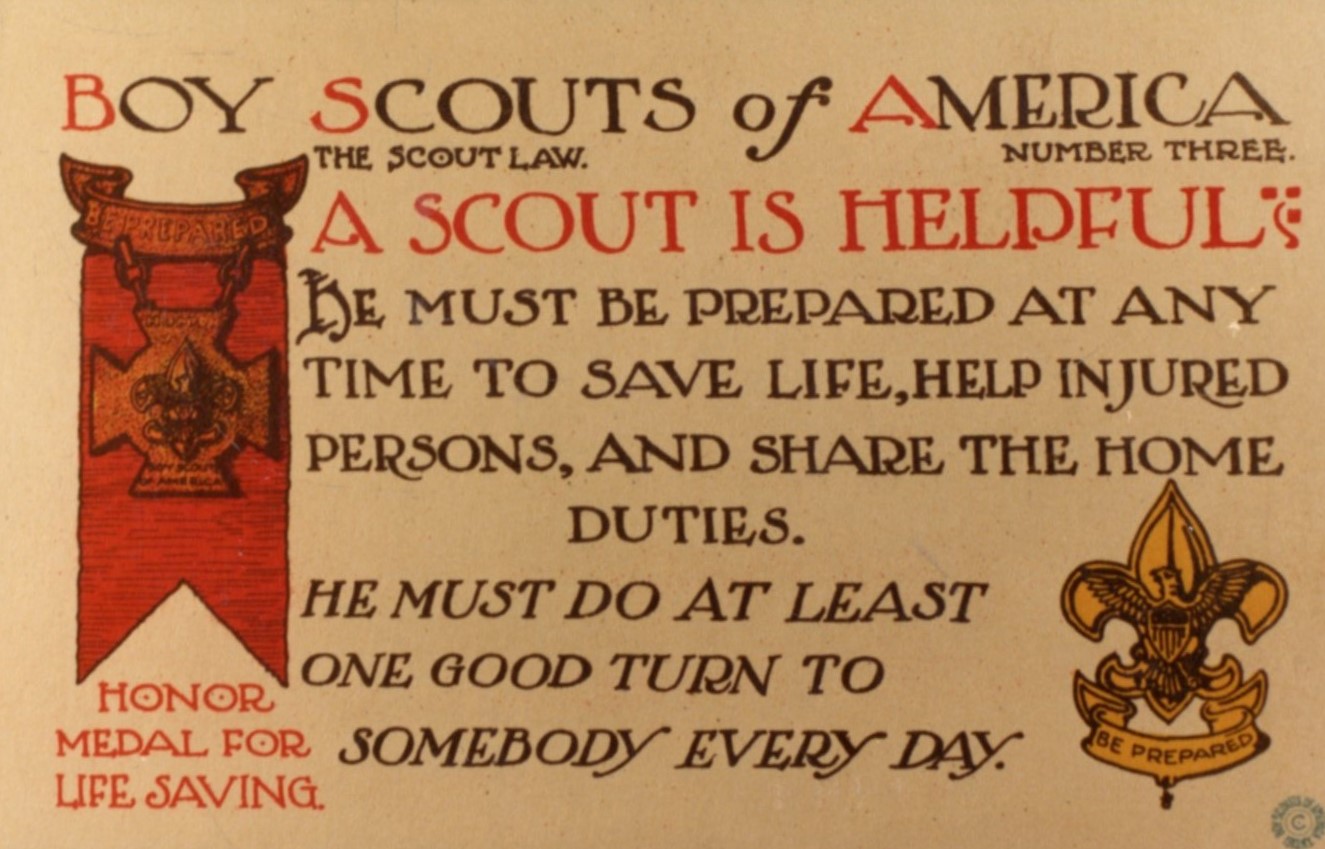 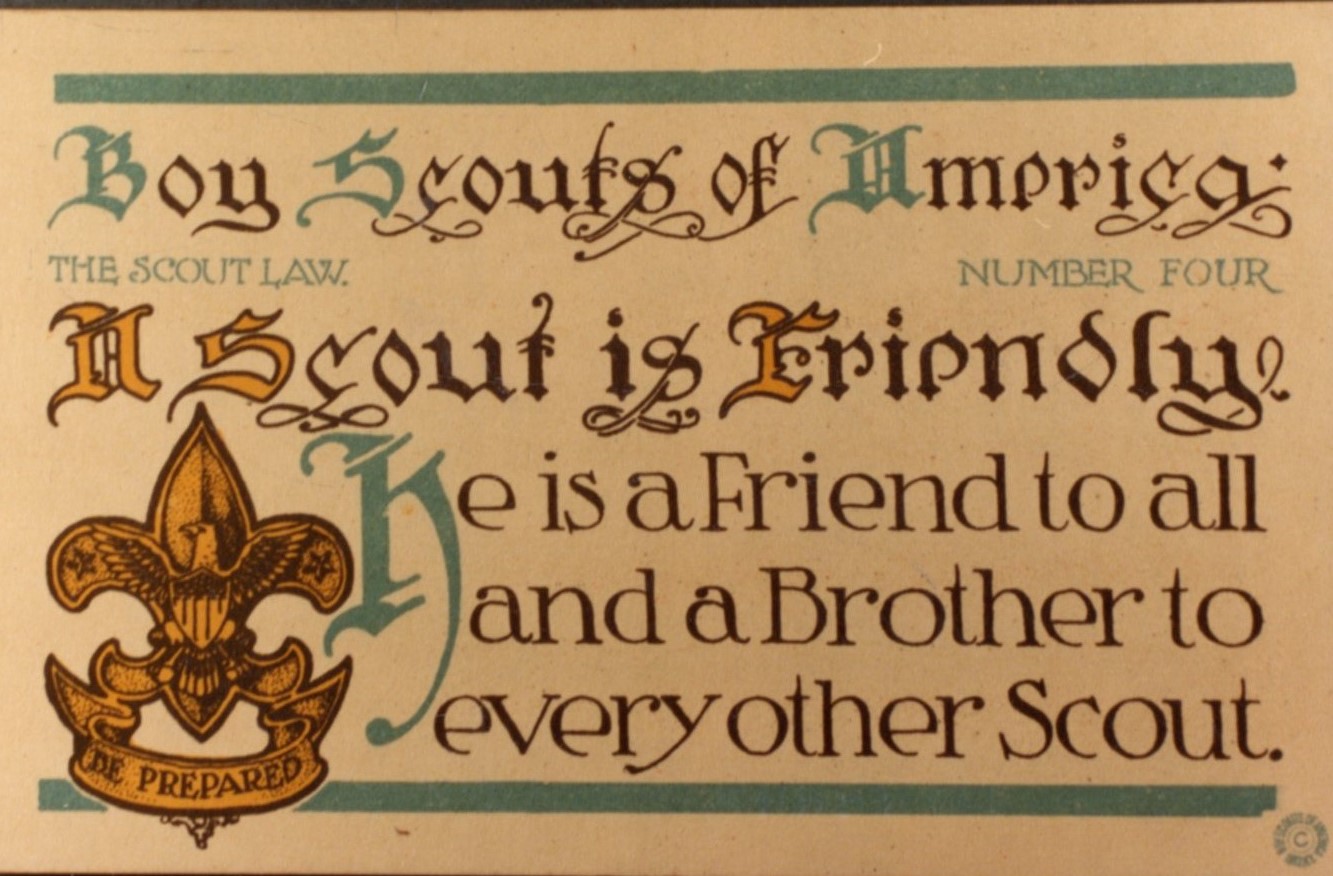 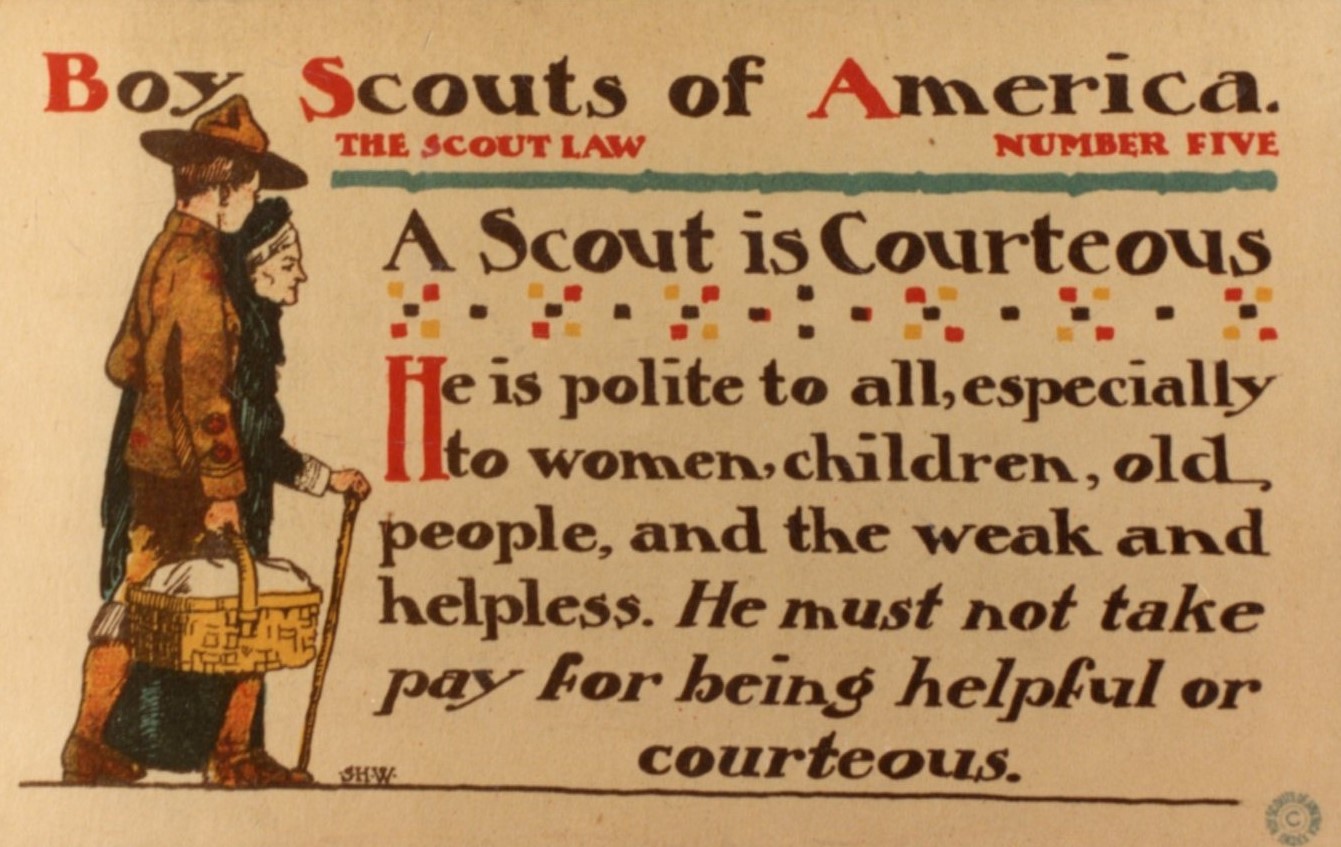 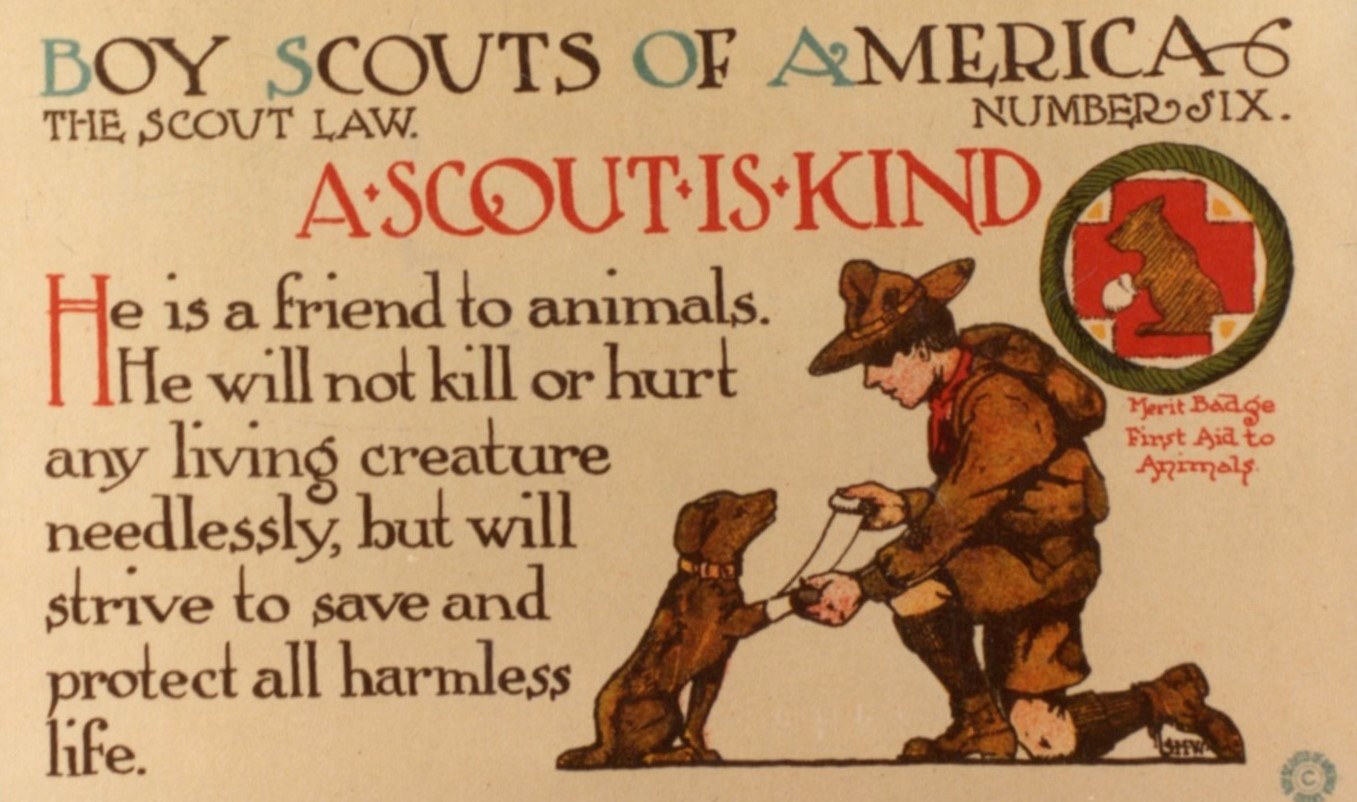 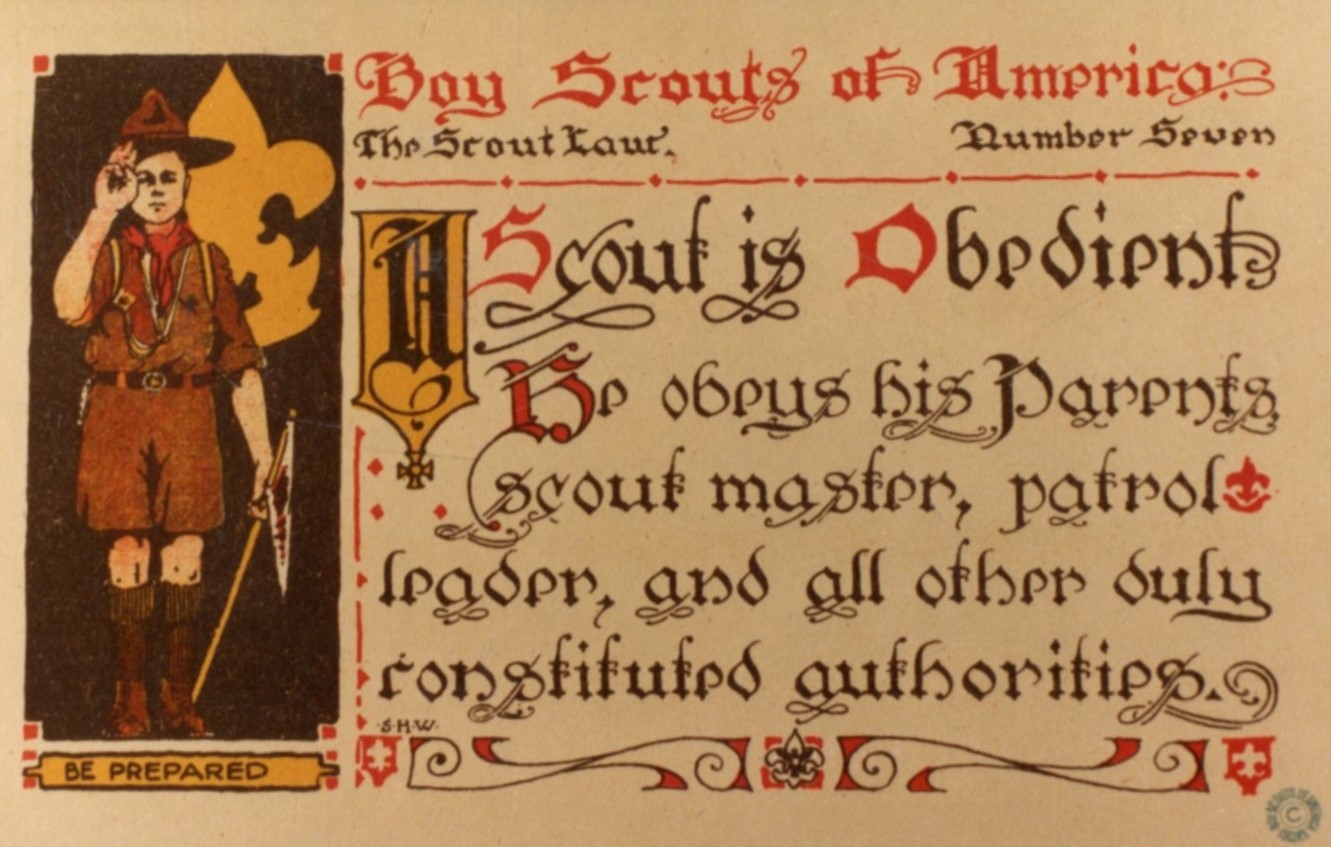 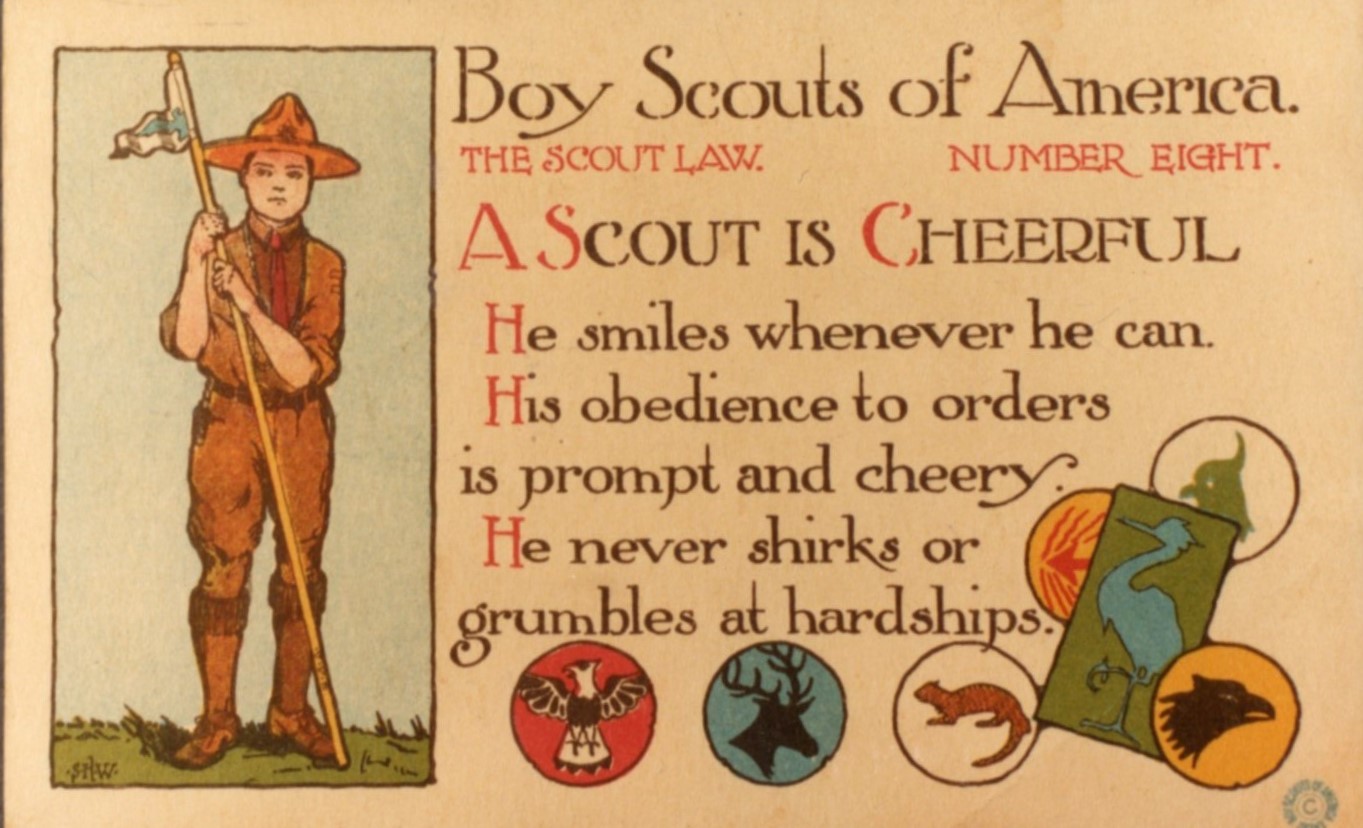 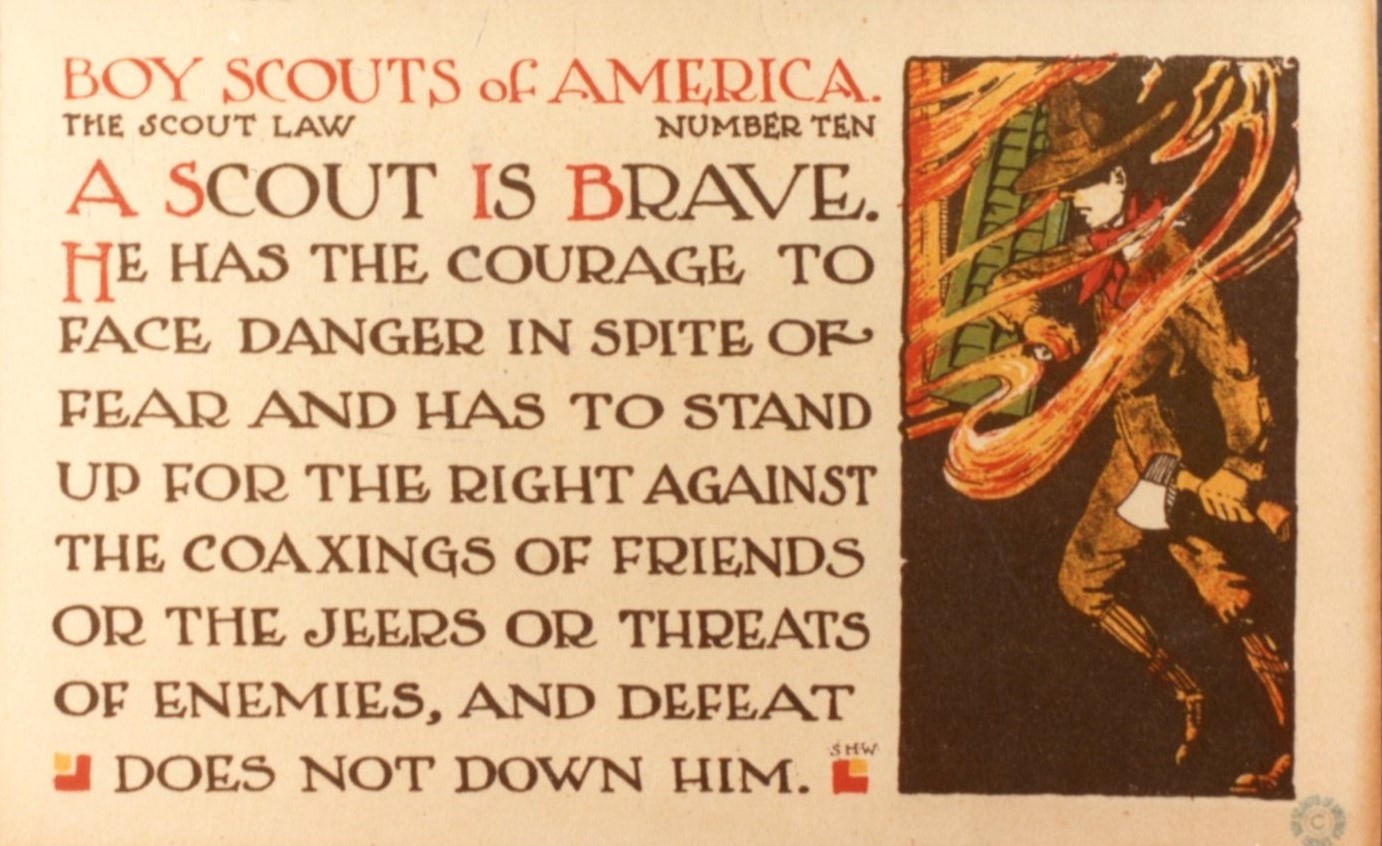 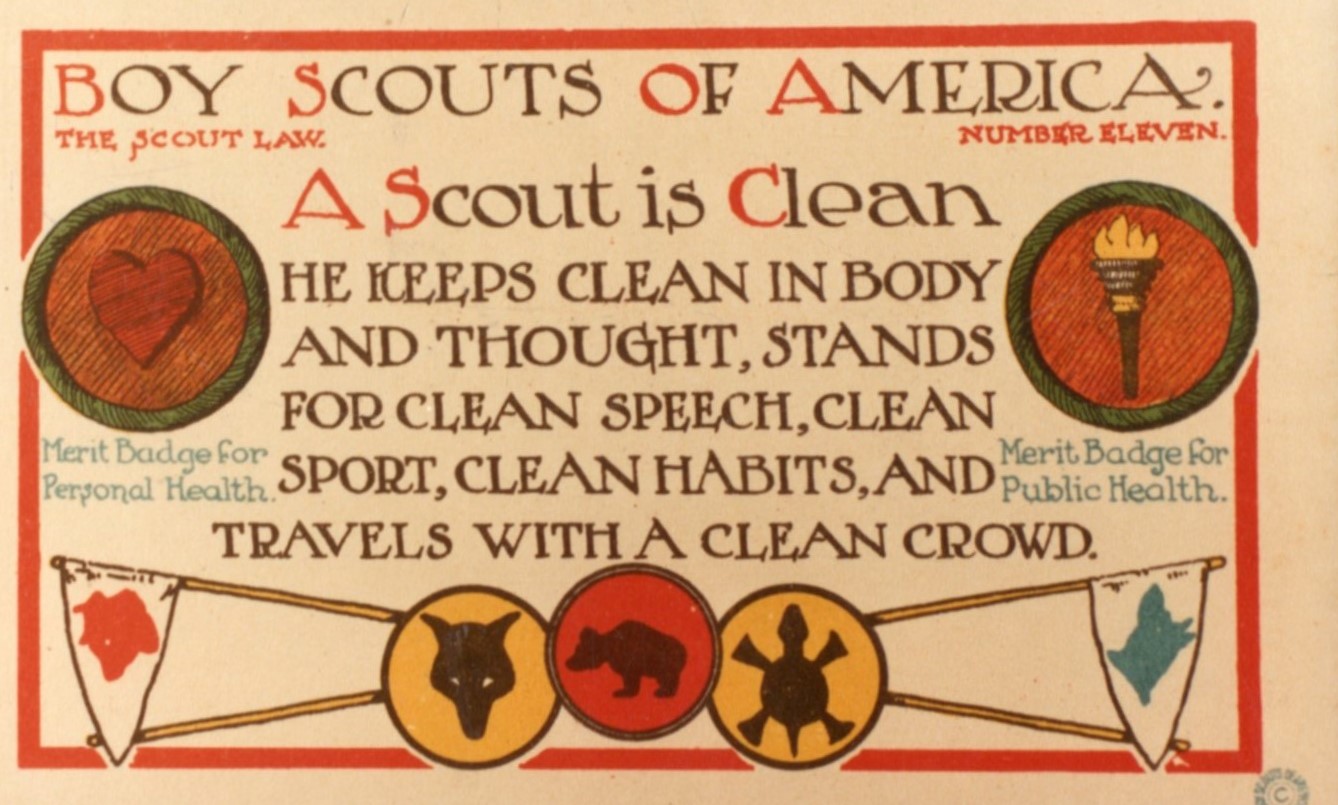 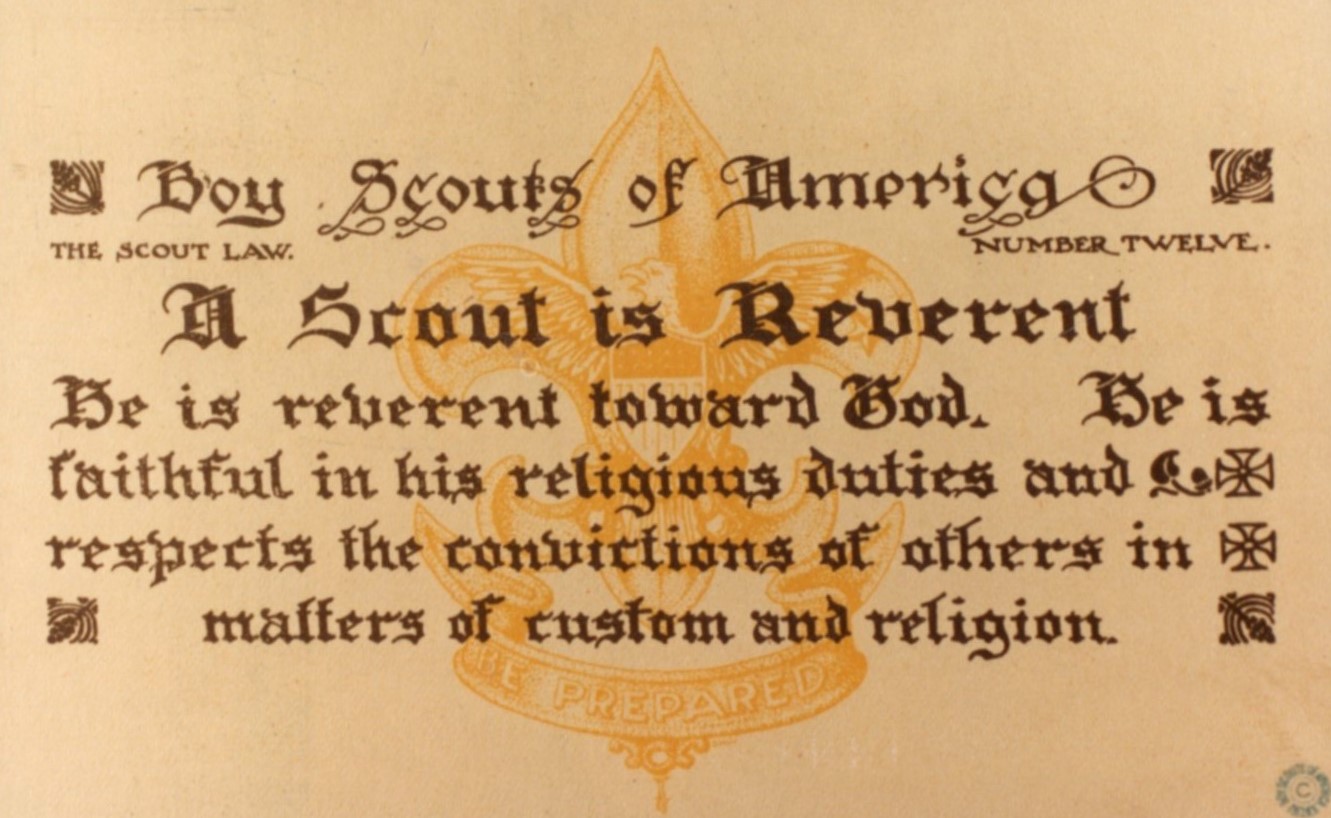