As the collecting of postcards increased at the turn of the century, publishers were producing millions of cards. The increased competition caused many publishers to come up with new cleaver postcards.

Novelty postcards not only increased interest in finding new and interesting postcards, it increased the price from one cent to up to ten cents each. This did not stop the publishers or the collectors.

Novelty postcards whether hold to lights, heavily embossed, celluloid, velvet or silk applied, button faces or more have always been of interest to me because of the added workmanship needed to produce these cards.

One novelty postcard that seems to still be readily available is the metal attached cards. This features unusual metal figures, wordings, and symbols attached to the postcard. In the beginning the publisher did this work and applied a smooth paper postcard back after the card was produced.

Some of these cards are very elaborate with the entire card being made of metal. The most common of these are the copper cards. The most unusual card is one of a Tin mask, a ceremonial object of the Roman baths. This mask was recreated on a postcard from hand crafted English pewter.

They were either attached with pins the could be spread apart after puncturing the postcard to hold it in place, or by two metal pieces that were manufactured with the metal attachment with sharp ends to puncture the cards and be bent back to secure them to the postcards. Because these types of postcards could do sharp damage to the postal workers hands, it was recommended they be sent in glassine envelopes. 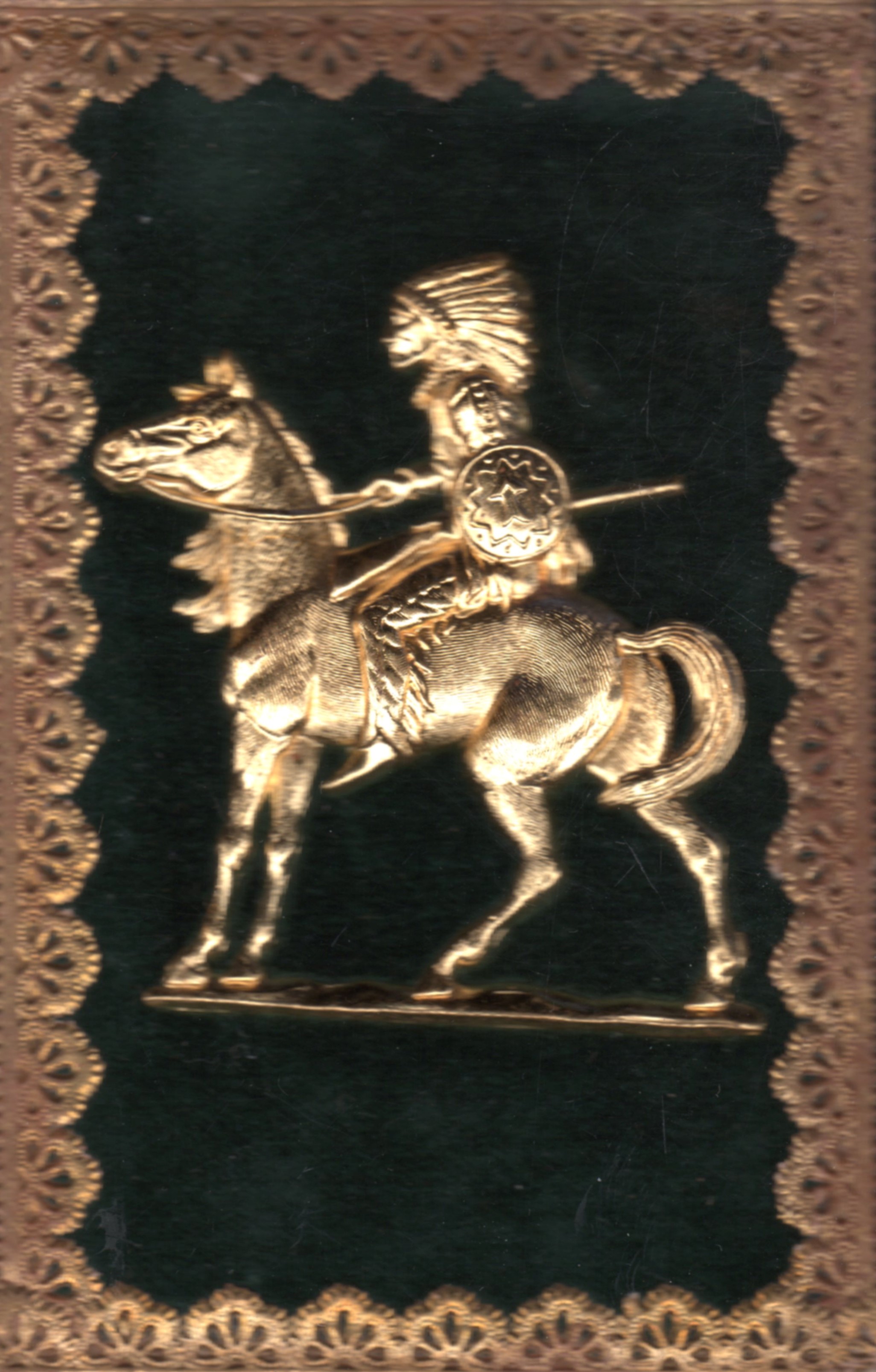 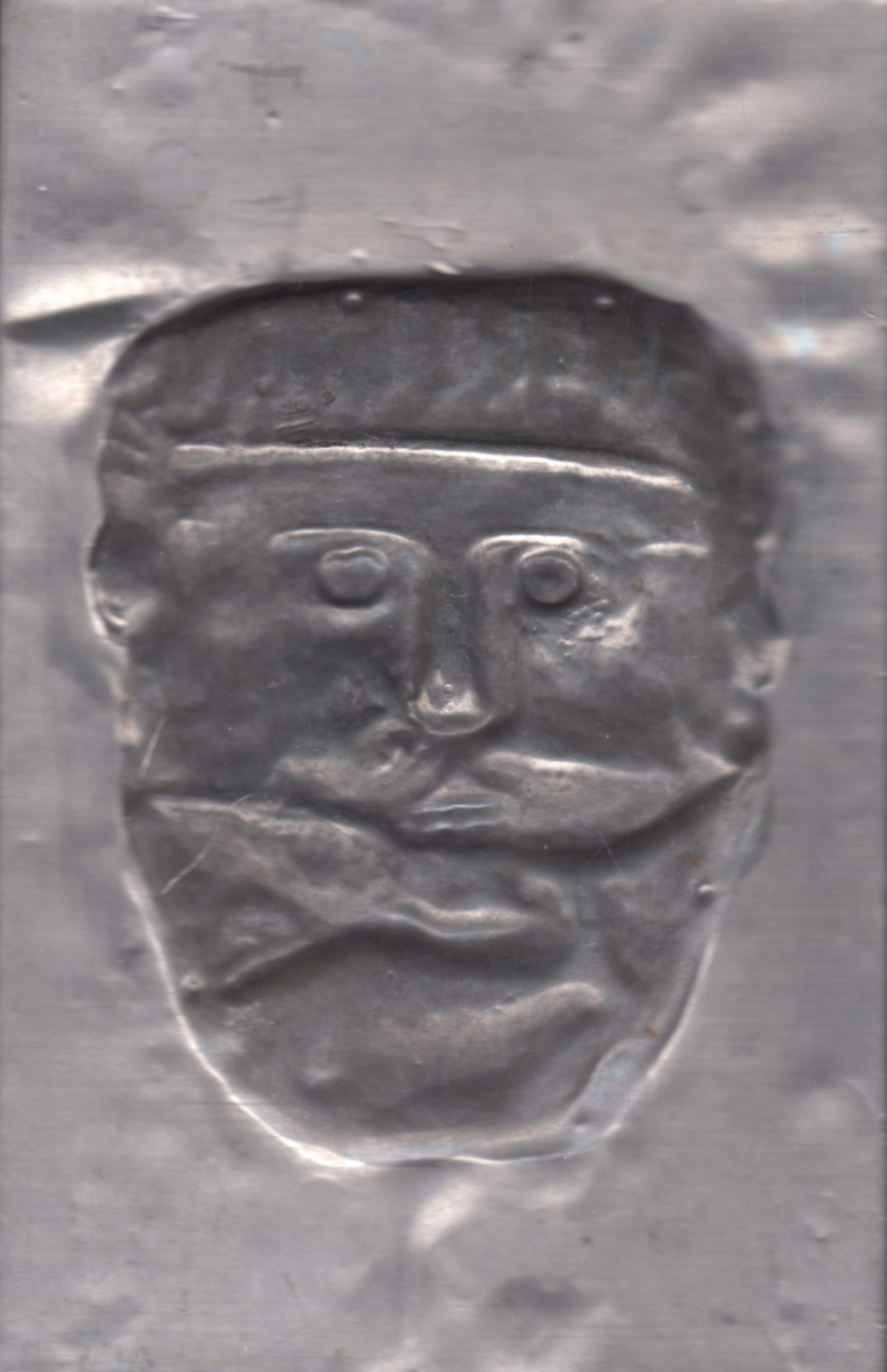 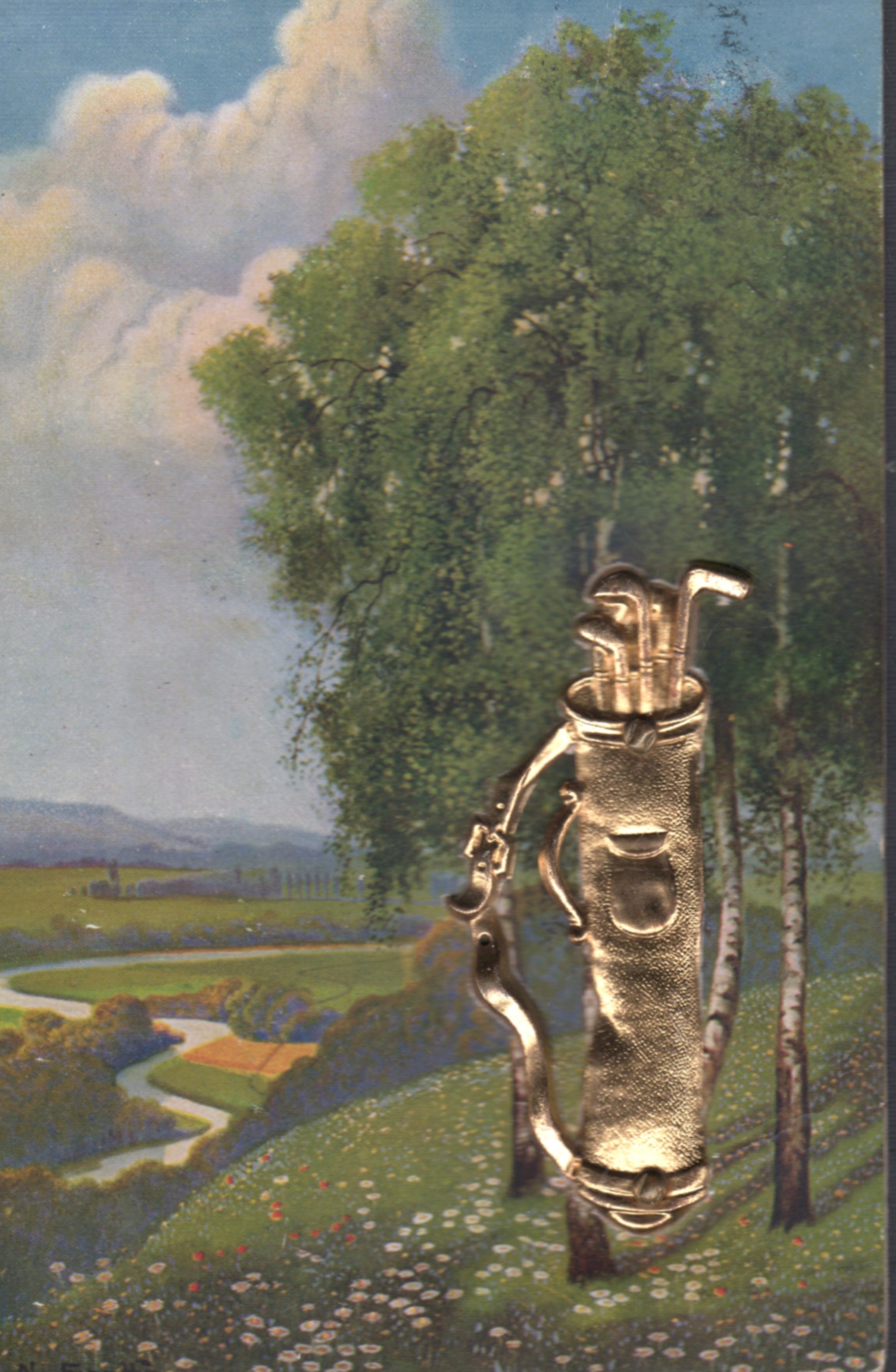 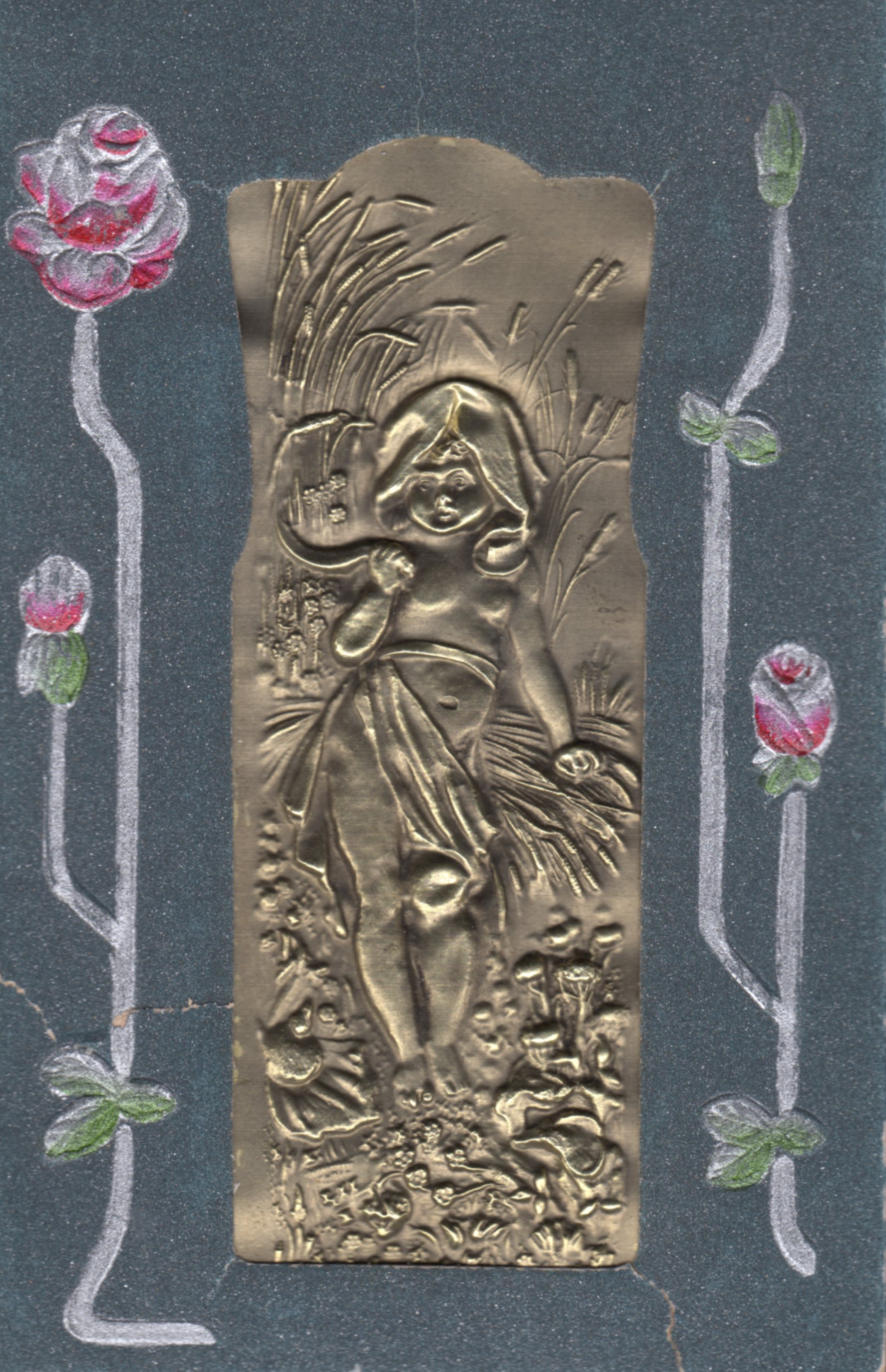 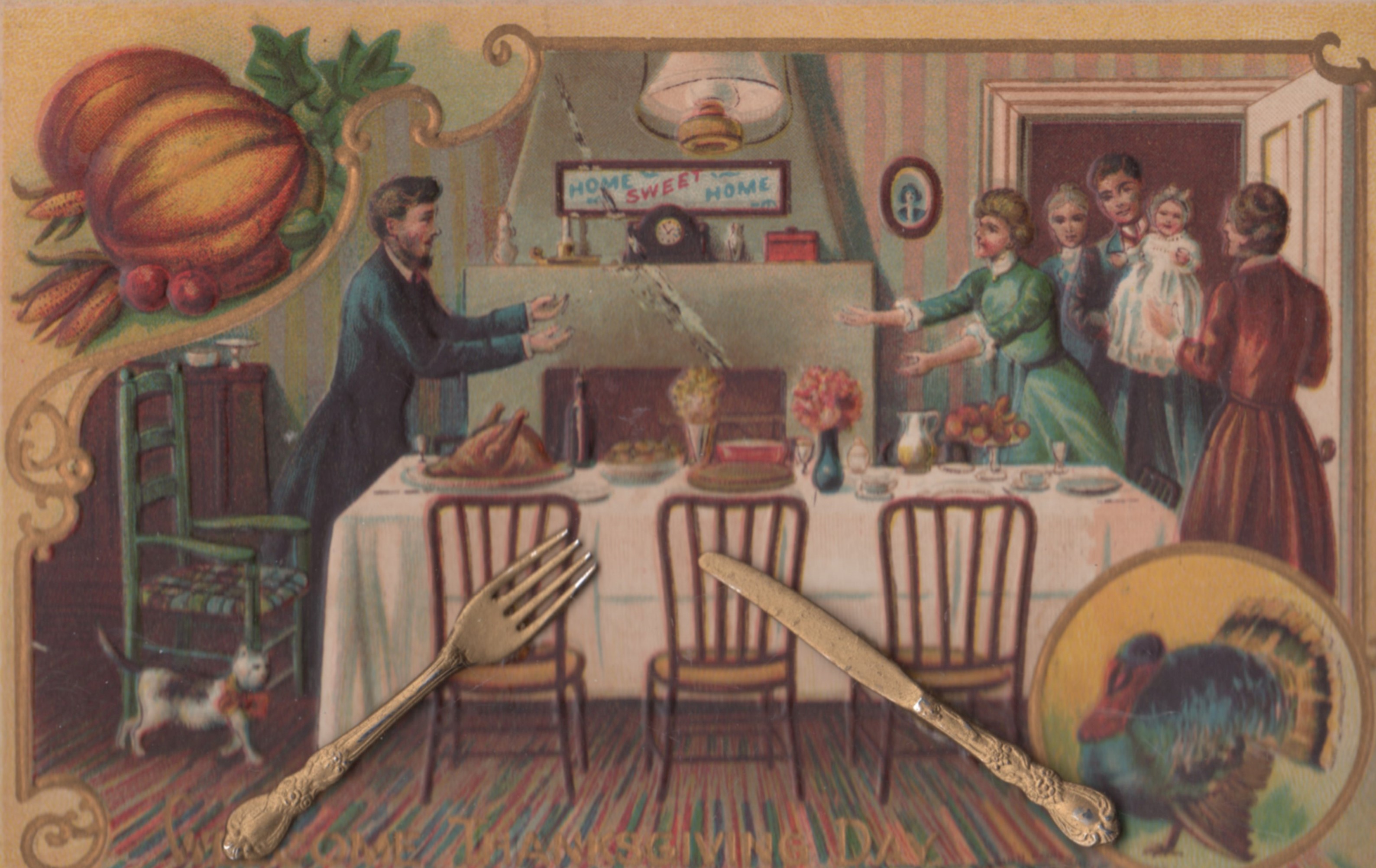 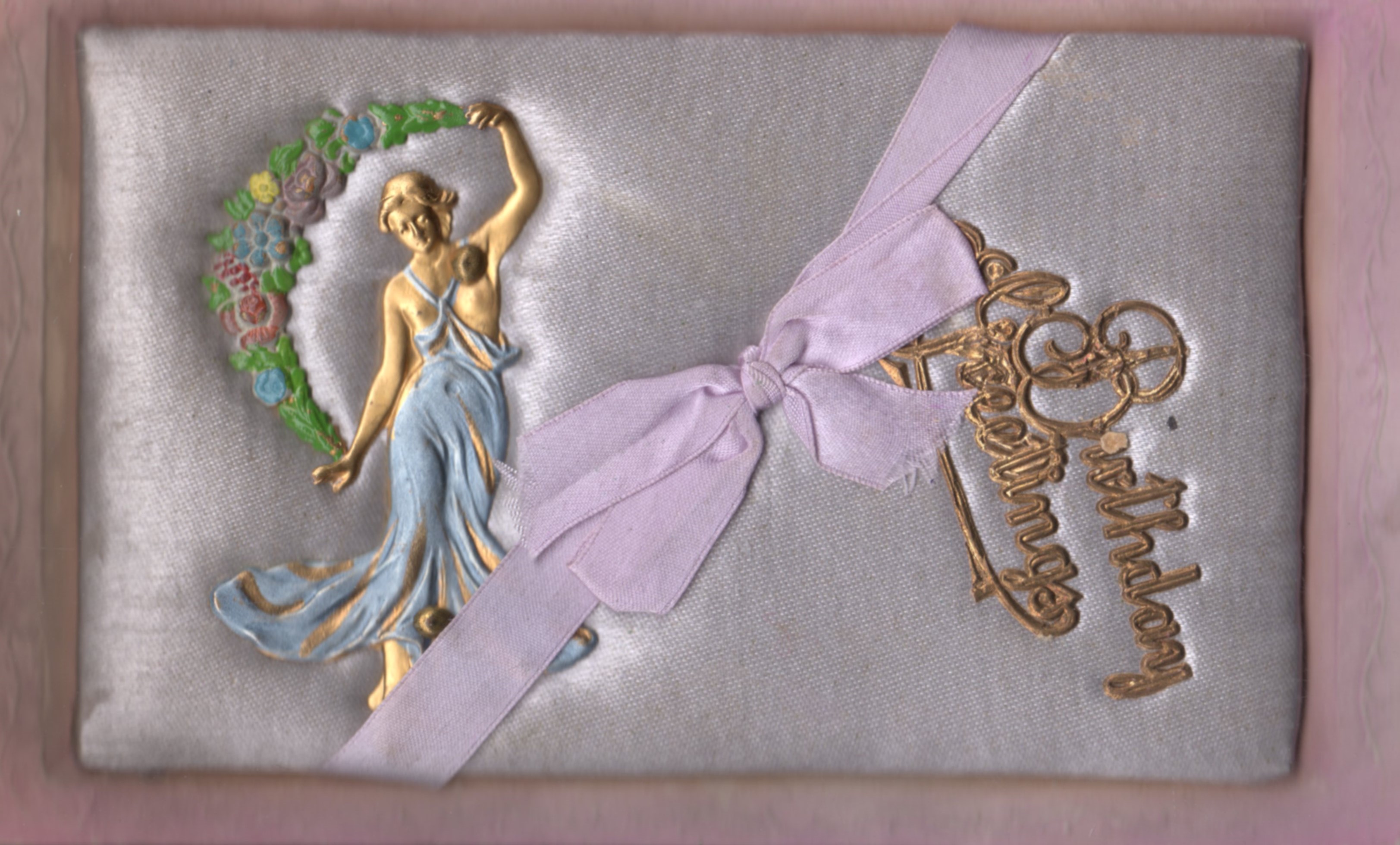 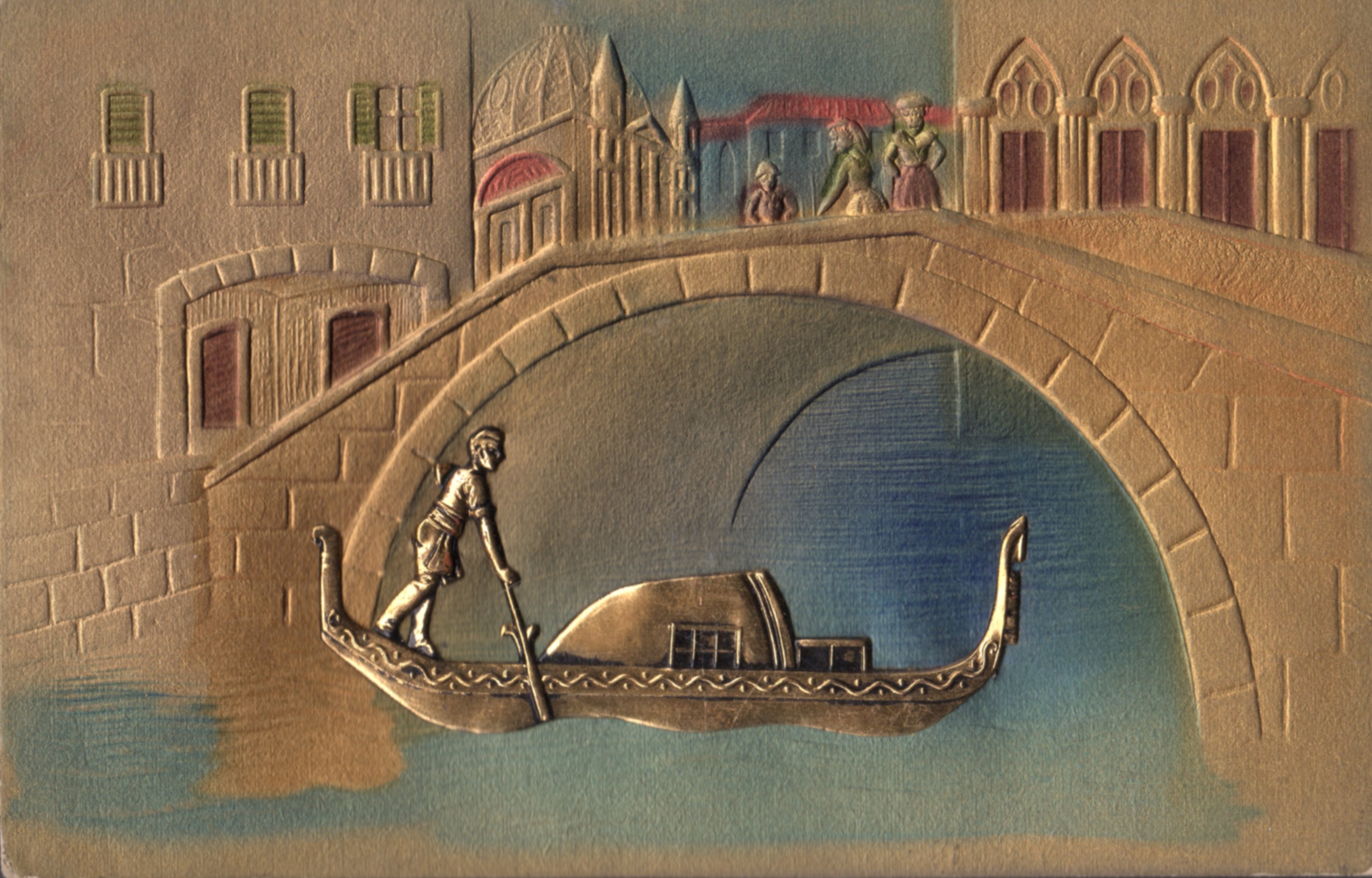 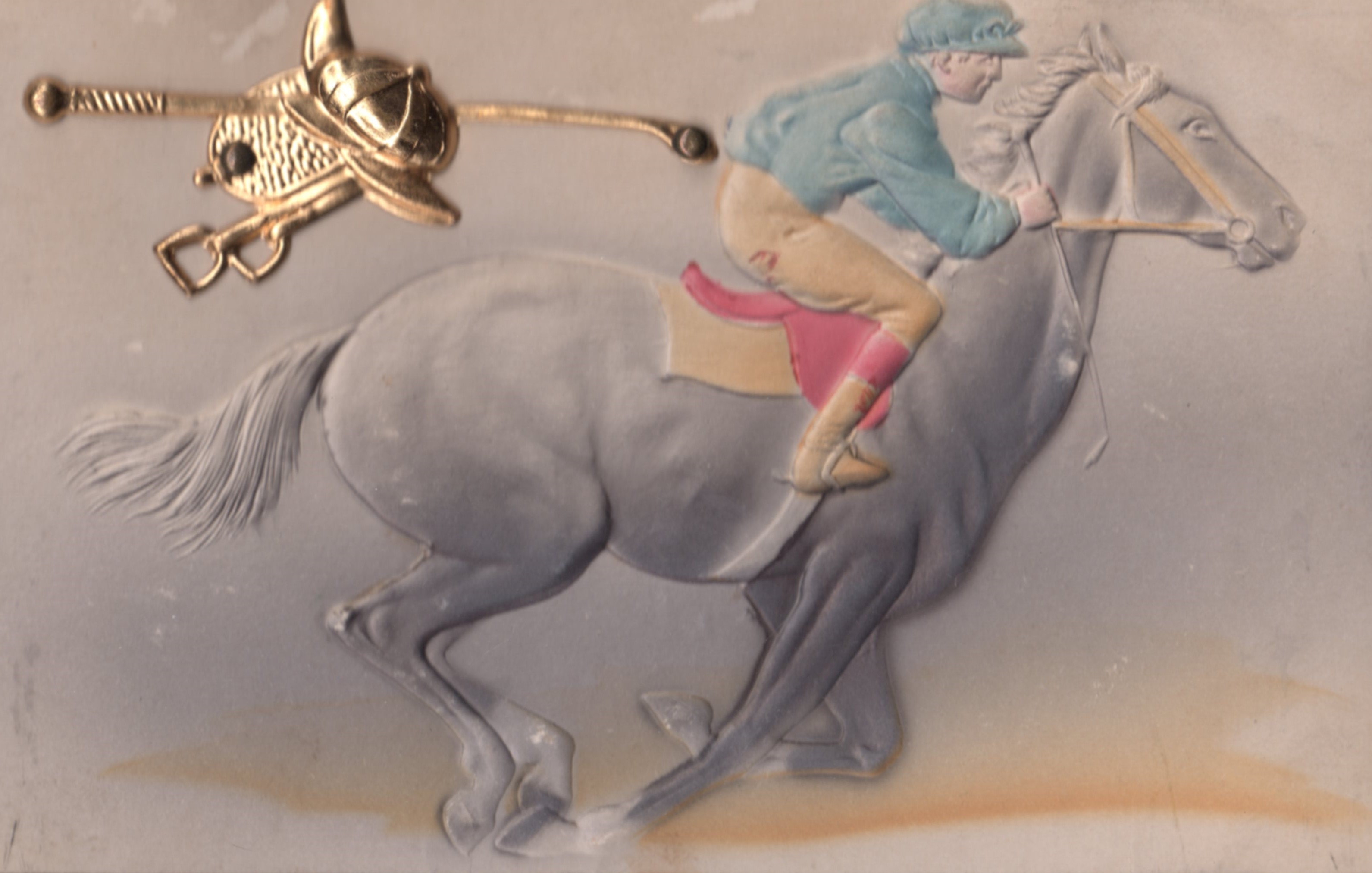 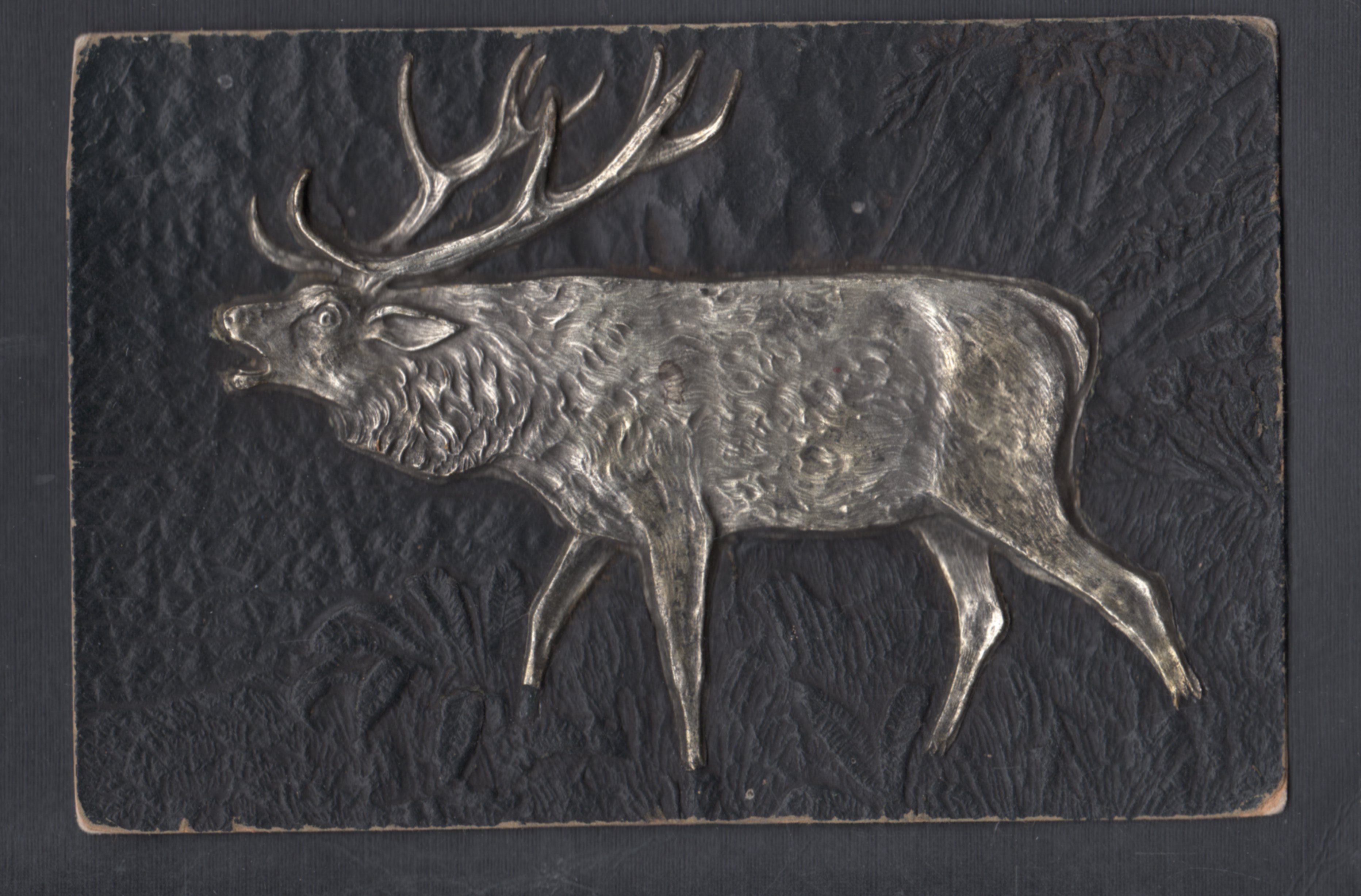