As the name suggests, mud baths are bathing in mud. It has been a therapeutic practice for thousands of years. Mud bath can be found around the World and even on postcards. In the United States they are mostly near heated Sulfur Spring water. The mud is then a combination of volcanic ash, Canadian peat and the naturally heated mineral waters. It is a great pain reliever for arthritis and exfoliates the skin.

Mud bath postcards are not commonly found in American stock. They can occasionally be found on line. The greatest source is at postcard shows that have foreign dealers present, mostly on the East and West Coasts postcard shows in the United States.

As I get older and the weather gets colder, I dream of a nice warm mud bath. 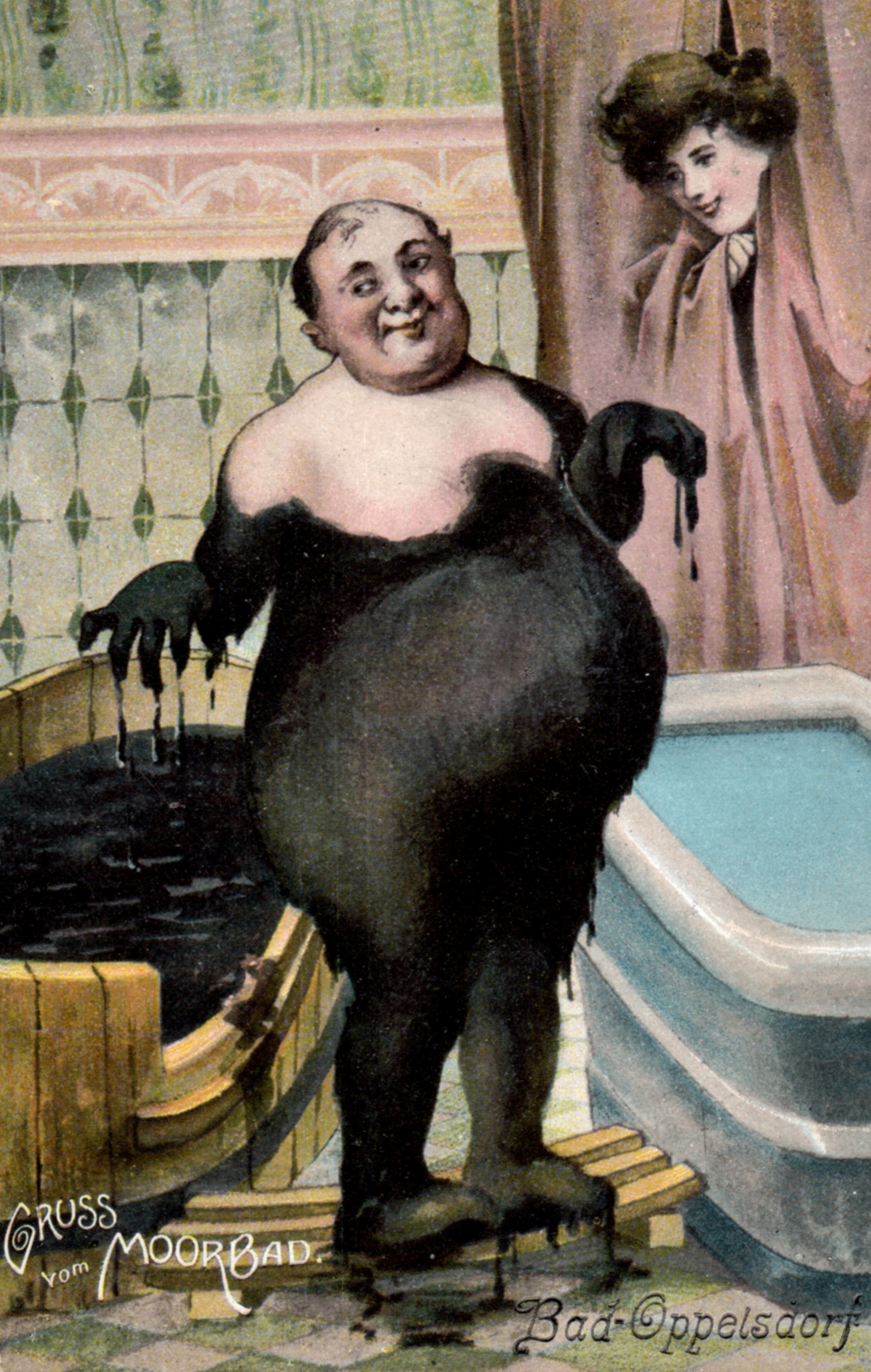 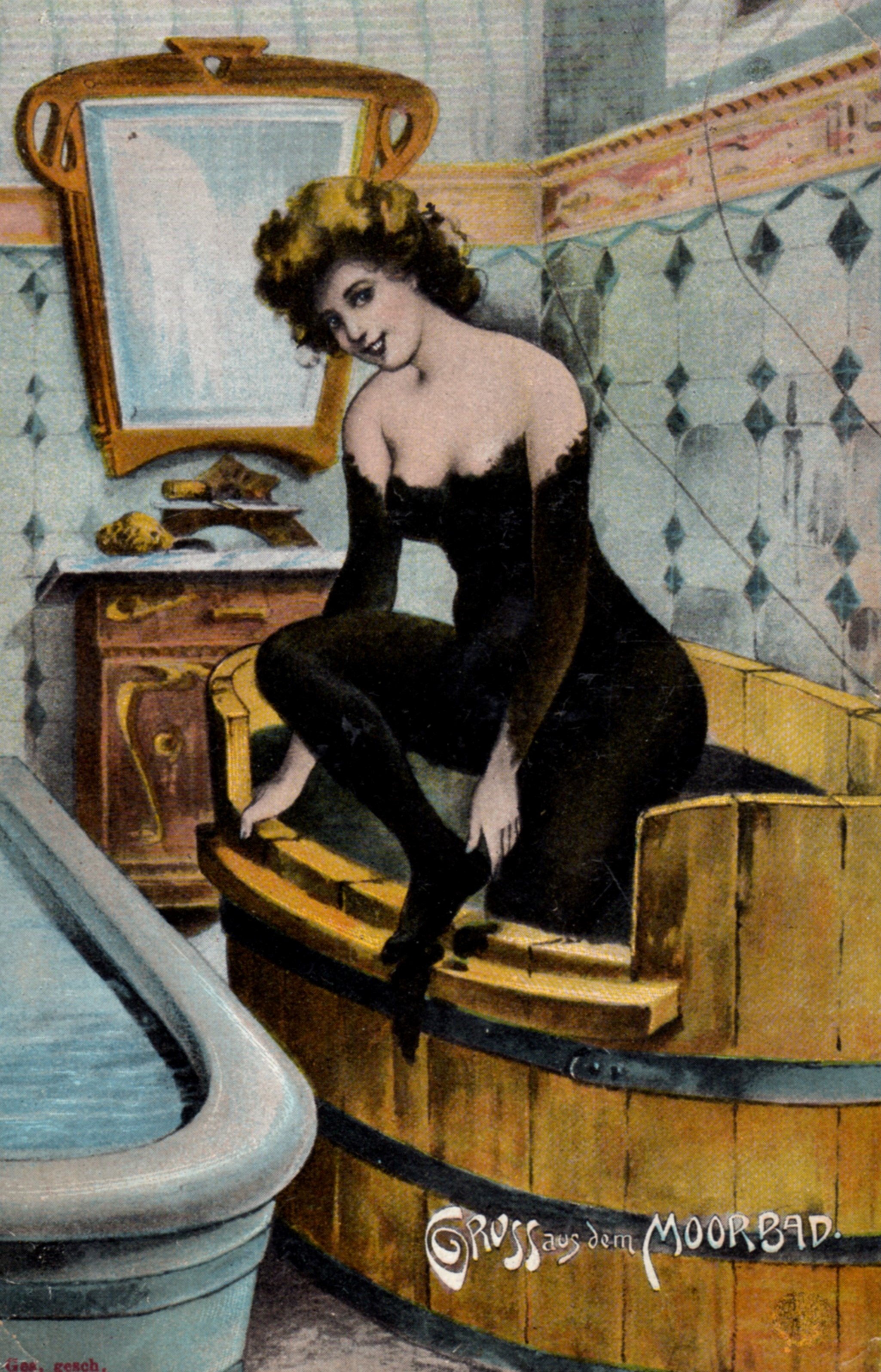 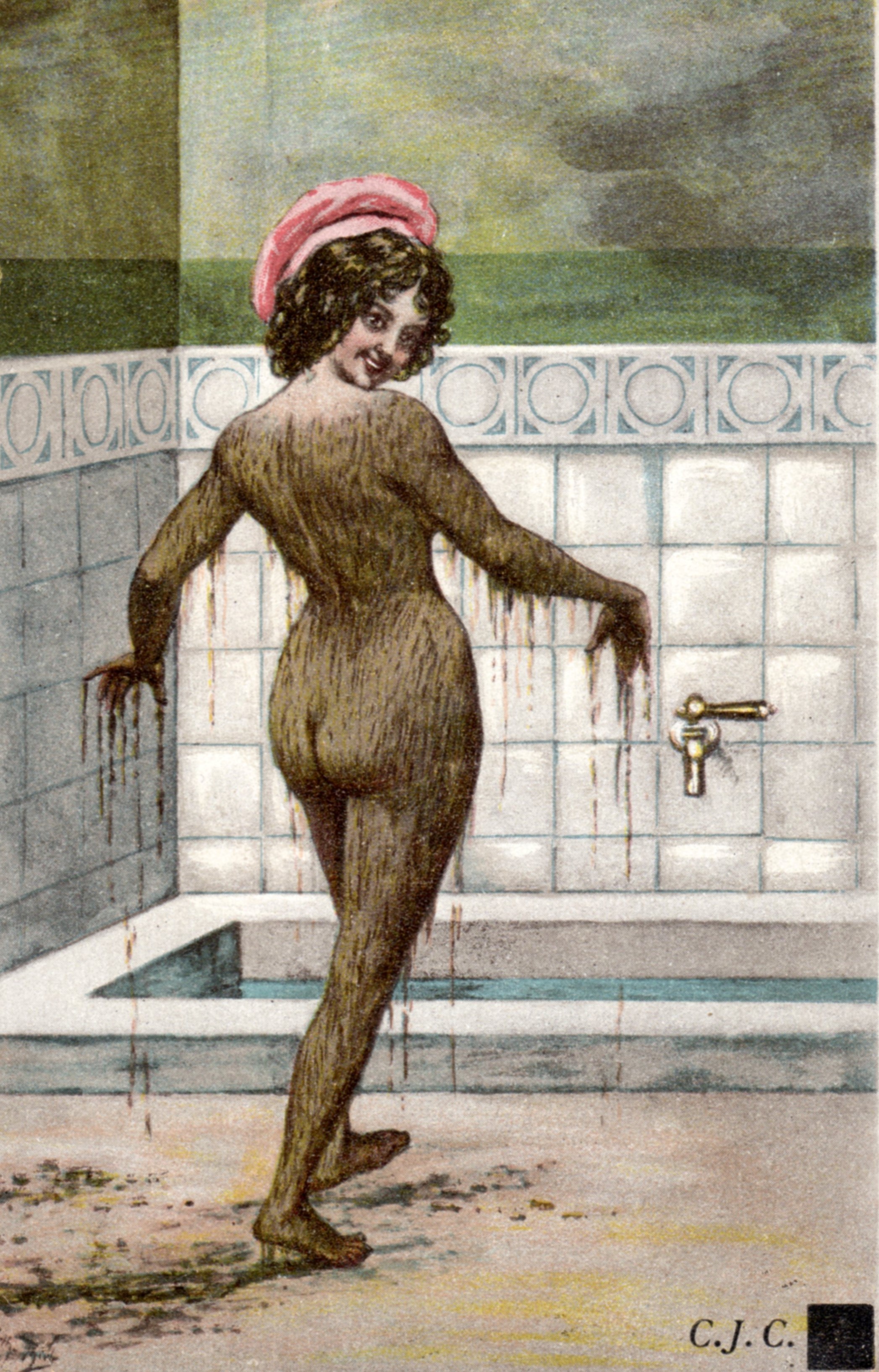 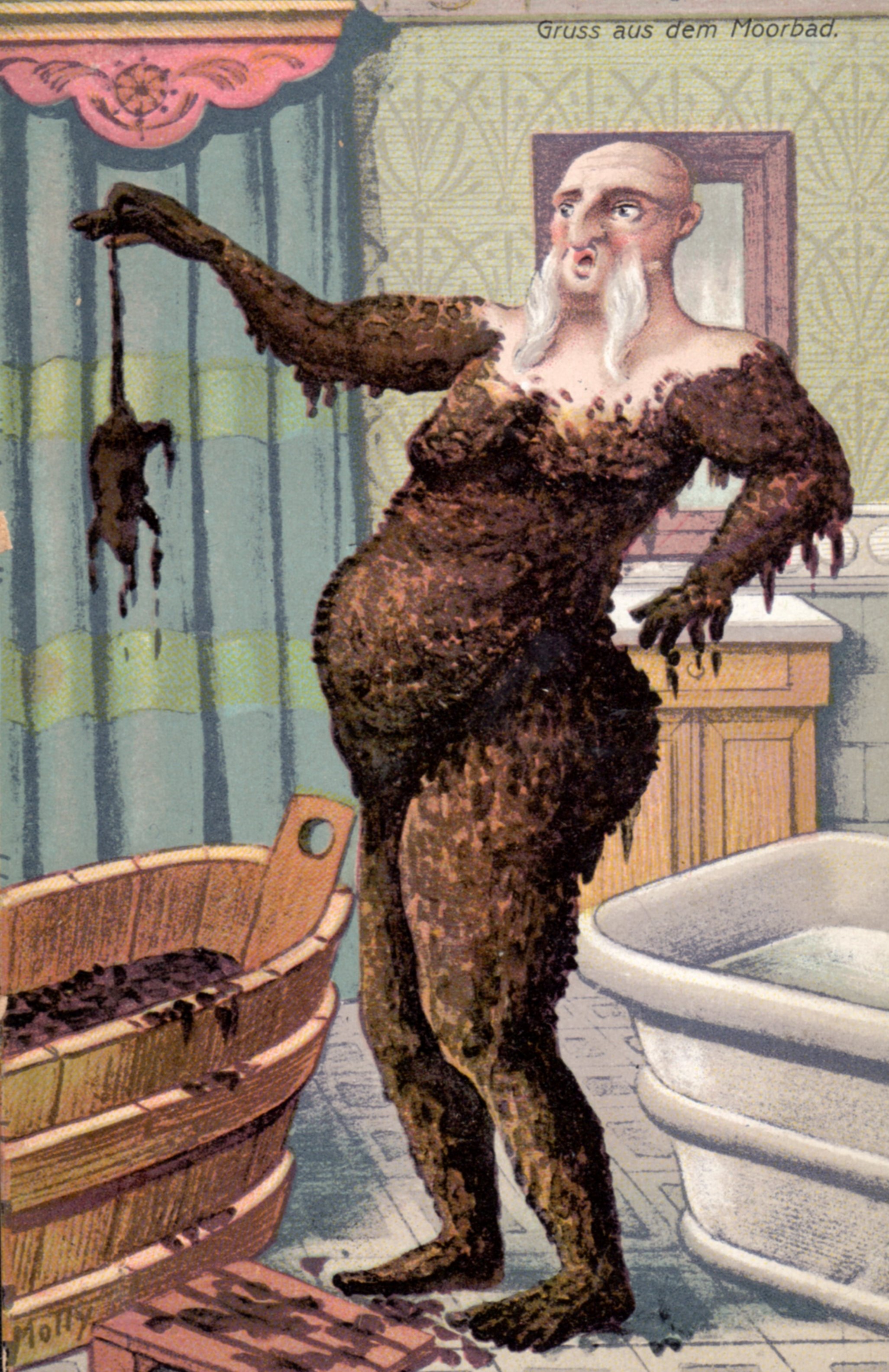 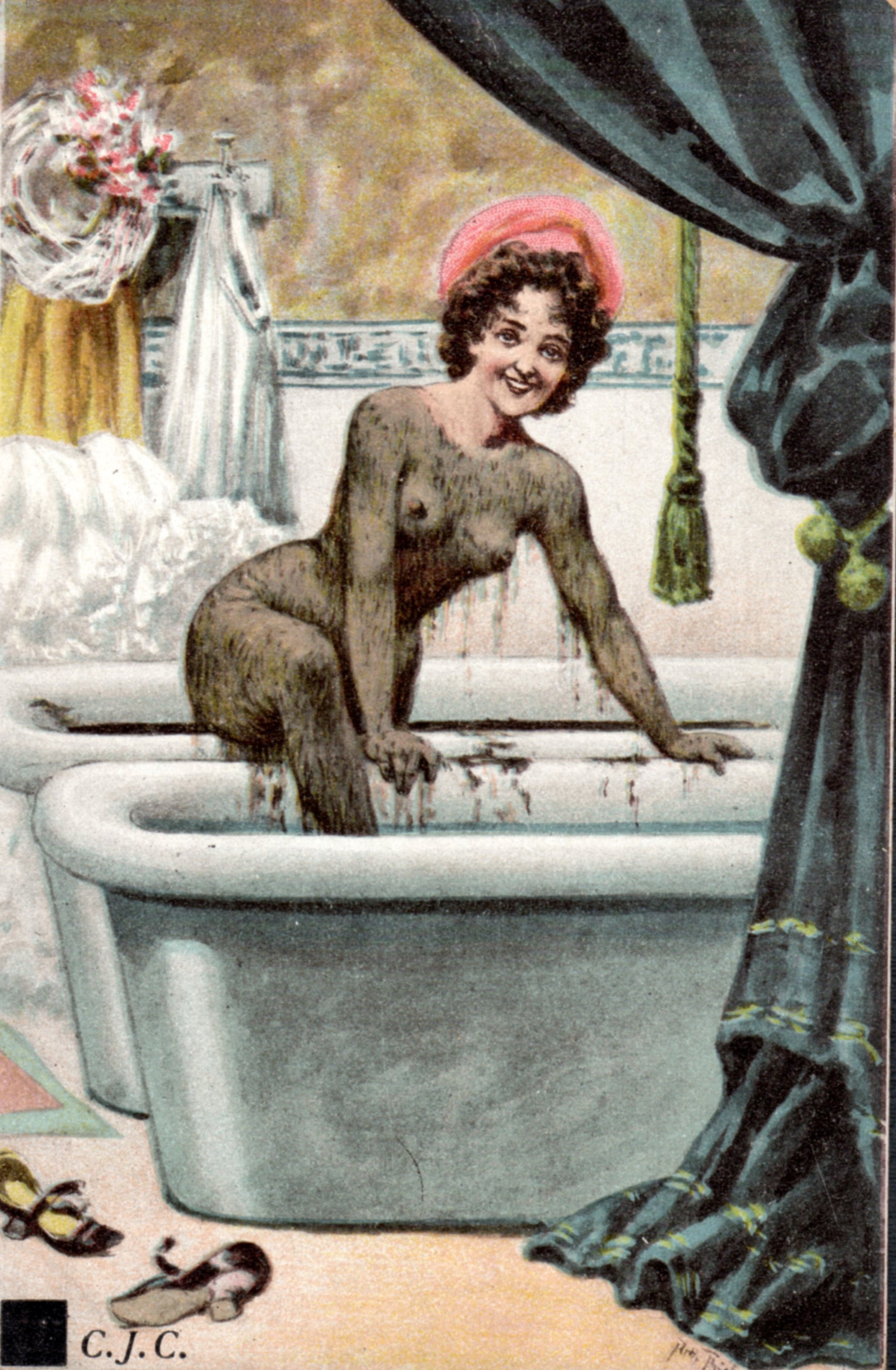 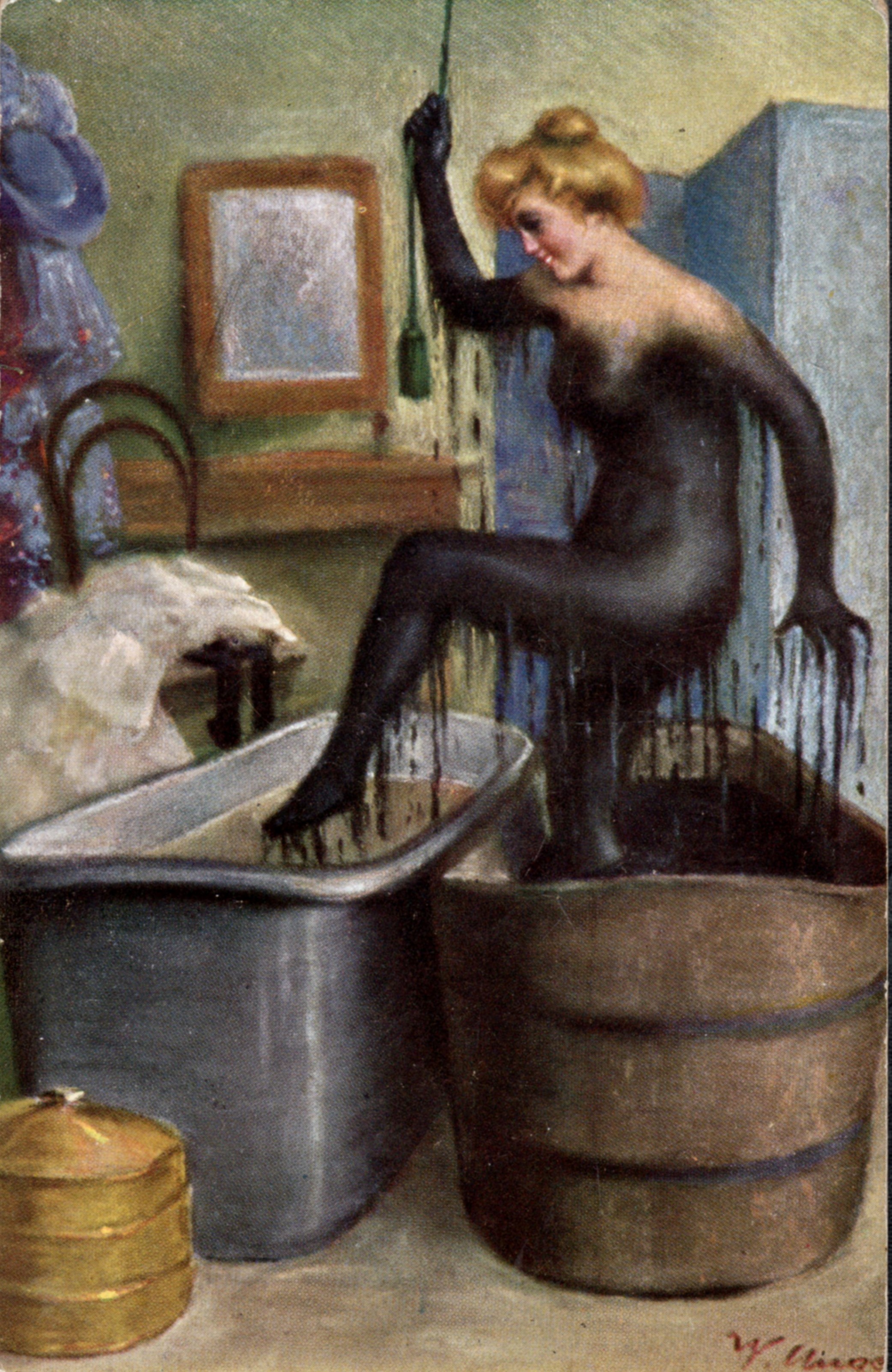 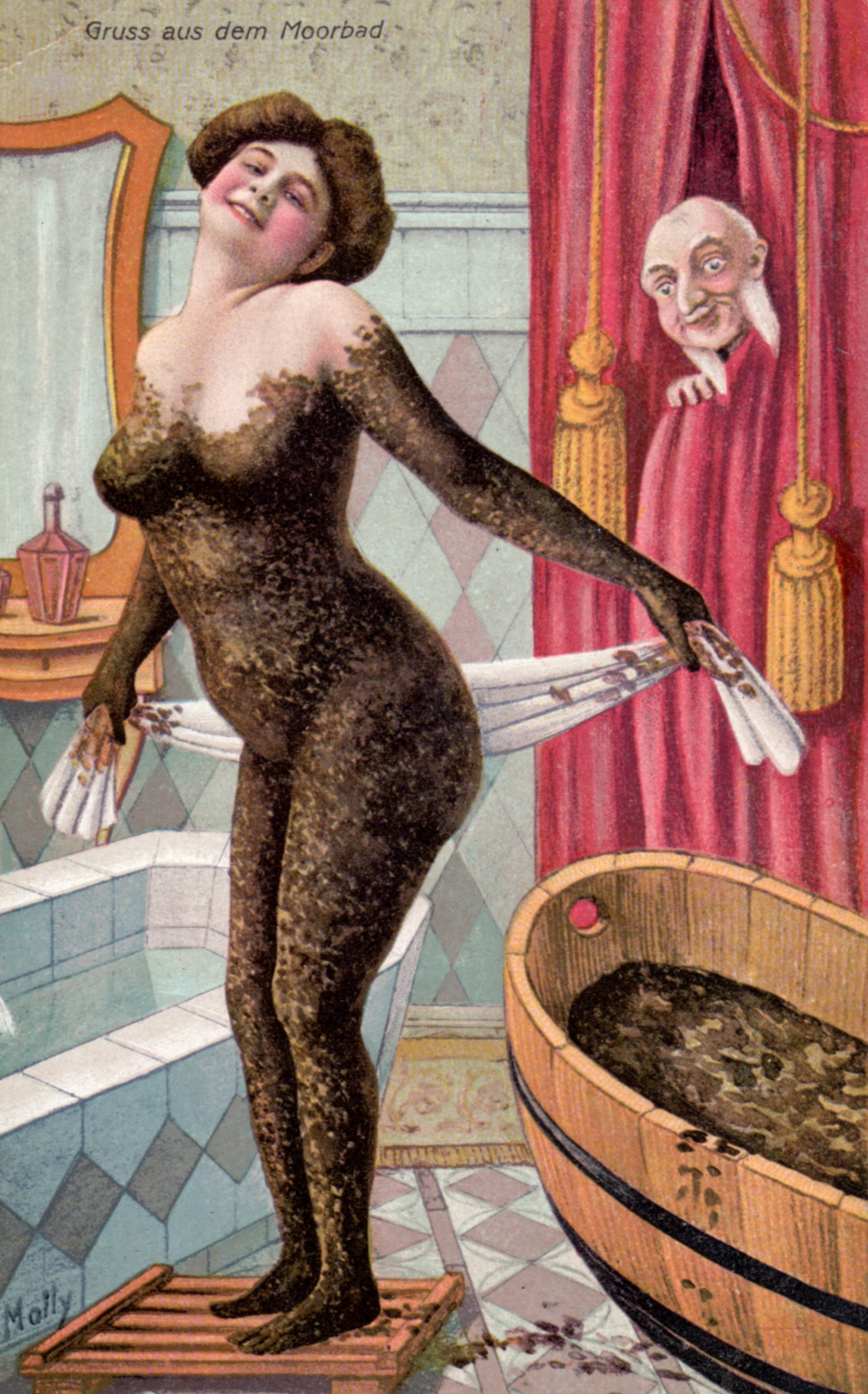 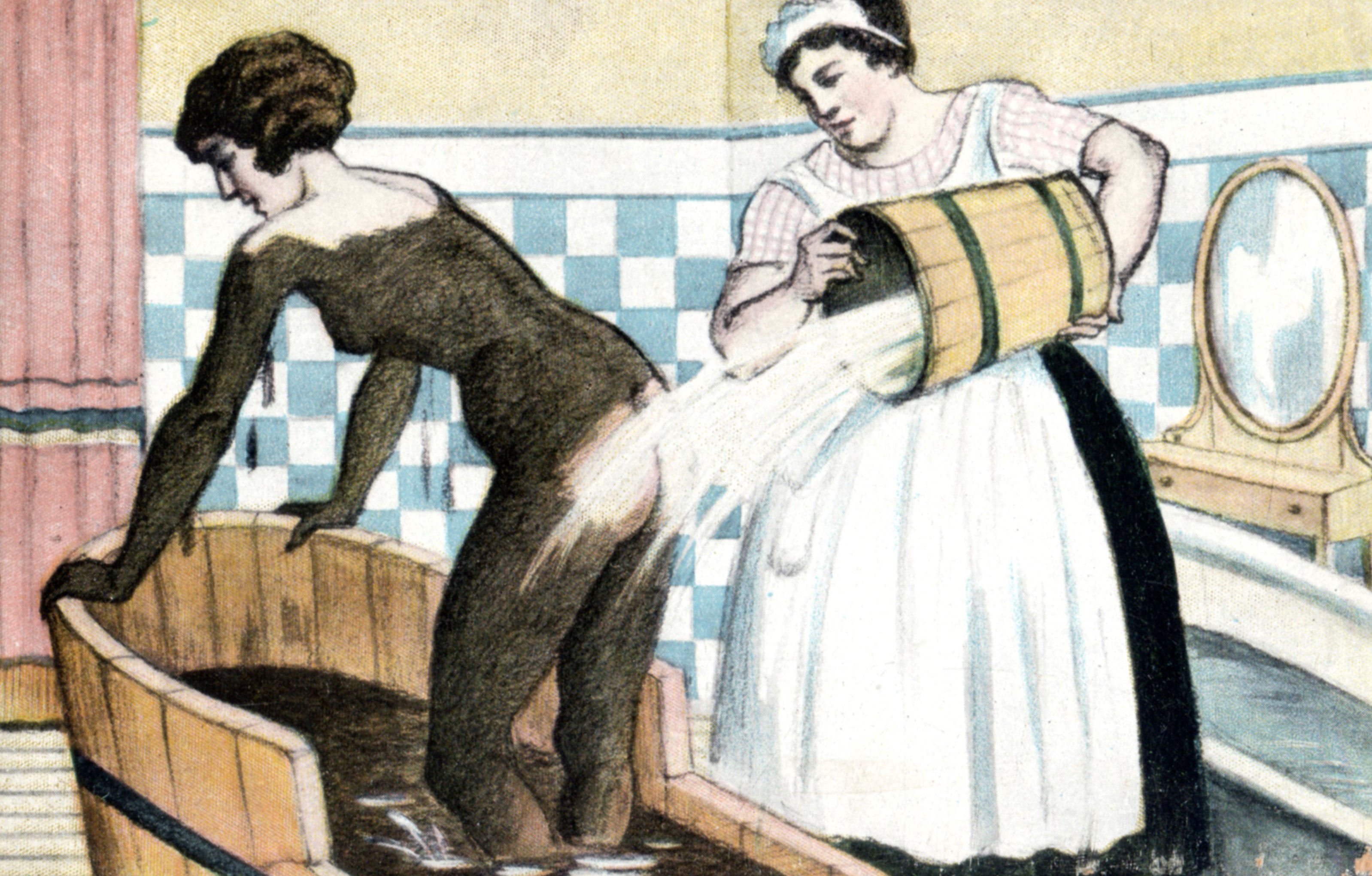 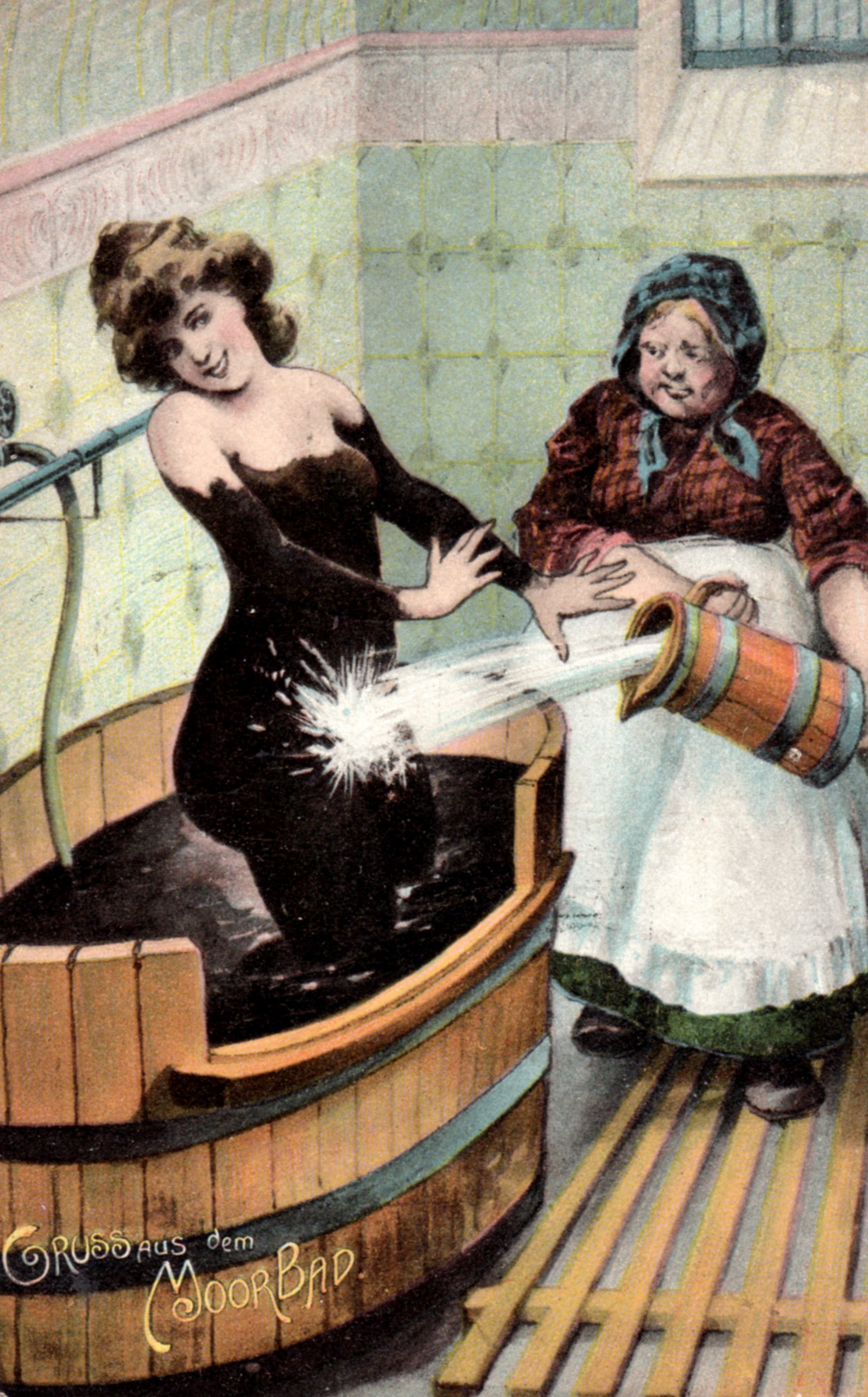